How to recognize the signs of domestic violence 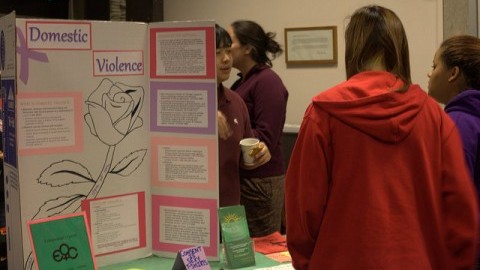 Domestic violence, as defined by the National Coalition Against Domestic Violence, “is the willful intimidation, physical assault, battery, sexual assault and/or other abusive behavior as part of a systematic pattern of power and control perpetrated by one intimate partner against another.”

Domestic violence can affect anybody regardless of age, gender, ability, sexuality, ethnicity and race. In fact, in 2001, approximately 15 percent of the victims of intimate partner violence were men, and another statistic by the NCADV showed that 43.8 percent of lesbian women and 61.1 percent of bisexual women have experienced rape, physical violence and/or stalking by an intimate partner at some point in their lifetime.

It is a commonly held belief that domestic violence only occurs in uneducated, minority or dysfunctional relationships. That is far from the truth. Domestic violence occurs at every level of society regardless of income or educational background with as many as 50 percent of all couples experiencing domestic violence at some point in their lives.

It is difficult to determine whether or not a person is abusive when a relationship is in its early stages because domestic violence often intensifies as the relationship progresses. Abusers can seem wonderful and supportive in the beginning of a relationship, but as time goes on, they tend to become controlling and aggressive.

Often, abuse starts to shows up in minor arguments and quarrels in the form of name calling, possessiveness and jealously. The threat and intensity of abuse often magnifies. Many times abusers use intimidation, threat, emotional abuse, economic status, isolation and blame to gain power over their victims.

The cycle of abuse has four stages: tensions building, the incident, reconciliation and the calm. The reconciliation stage is when the abuser apologizes, makes excuses, downplays the incident and may promise that it will never happen again.

With a false sense of hope from these promises, the relationship is carried into the calm stage where the incident is “forgotten” and the relationship is back to its honeymoon phase. Unfortunately, once in the cycle of abuse, tension begins building again until another outburst occurs.

It is important to realize that domestic violence does not always manifest itself in the form of physical abuse. Emotional and psychological abuse are just as dangerous and life threatening.

Sanah Rizvi can be reached at [email protected]