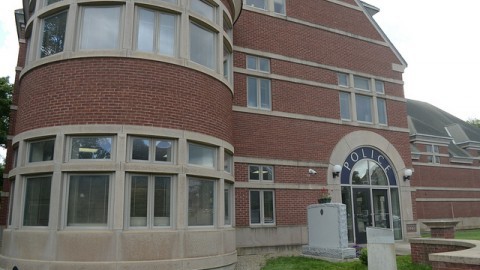 8:38 a.m.: Police assisted a woman who was receiving annoying calls from her boyfriend. She was trying to break up with him and he called to say he didn’t want to. Police told her to get a new number, block his number and tell him to stop bothering her. The calls were not excessive or threatening.

3:34 p.m.: Police responded to concerns about a suspicious letter found by an individual concerning a relationship between a student and his girlfriend. The note threatened violence if anything happened between the two. It said he would not kill her but that he would make her pay and stated if she cheated on him, they would both die. The individual was concerned about the pair. Police contacted their parents and the Department of Children and Families to make them aware of the situation.

10:34 p.m.: Police assisted the Amherst Fire Department at a University of Massachusetts bus shelter where a semi-conscious female was unresponsive and vomiting. The UMass Police Department handled situation.

10:52 p.m.: Two 19 year olds were stopped on the corner of Sunset Court and McClure Street with an open Natural Ice beer can and Poland Springs water bottles filled with vodka.

11:49 p.m.: A male started barking at an officer’s car as he drove by Nutting Avenue and Phillips Street Friday night, causing the police dog stress. The officer educated the individual and he was released.

1:58 a.m.: Michael T. Flannery, 25, of Auburn, was arrested on Amity Street for operating a motor vehicle while intoxicated, operating to endanger and negligent lights violation.

7:44 a.m.: Police responded to a male in the police station seeking relationship advice. The male claimed his girlfriend was growing agitated and threatened to call the police on false domestic violence charges.

3:35 p.m.: Police received a call from Amherst Brewing Company about annoying phone calls. Following the firing of an employee, a male began calling to yell at the staff for firing the individual and claimed the staff embarrassed her. The former employee claimed she did not know about the calls and the caller was warned not to call again.

9:48 p.m.: Police responded to complaints of a woman screaming in Colonial Village. The caller stated the woman lives alone and does this every night.

10:34 p.m.: Police responded to a verbal disagreement between a boyfriend and girlfriend over where to go for the night. Both individuals agreed to return to their dorms. A small amount of alcohol was destroyed on the scene.

11:46 p.m.: Police responded to reports of a female crying in dress clothes at a Bank of America ATM. Police reported a male comforting the female who had an emotional night at a formal dance.

12:11 a.m.: Police poured out Keystone beer on the sidewalk after observing an individual walking with an open container on Sunset Avenue.

12:44 a.m.: Police responded to suspicious activity after a male was observed kicking cars at the intersection of Triangle Street and North Pleasant Street. He was found tying his shoes after falling to the ground.

5:51a.m.: Police responded to reports of a disturbance at Craig’s Place after staff refused to give an individual his knife back. The knife was returned and the individual was sent on his way.

6:27p.m.: Police responded to reports of a male throwing knives into a tree. The caller was concerned for the safety of others. An individual reported that the man was throwing the knife against the tree while waiting for the bus. Police explained his behavior was alarming and he agreed to stop.

9:09 p.m.: Police responded to reports of a motor vehicle driving with no lights on traveling under 10 mph. The operator is an international driver unfamiliar with the roads. The new driver, who was “trying to be cautious,” was charged with lanes violation, operating without rear lights and driving 7 mph.

9:13 p.m.: Police responded to reports of a woman yelling in Colonial Village again. There was no answer at her door but a neighbor indicated that the woman has had issues with yelling for no reason on a daily basis.

Kathleen Kirk can be reached at [email protected]