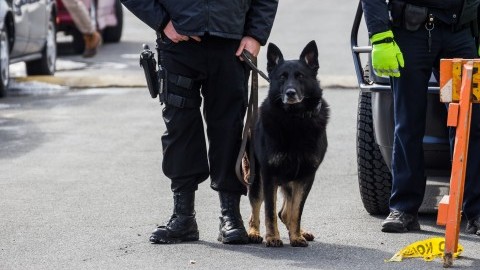 Nearly all stakeholders in the outcome of Amherst’s annual ‘Blarney Blowout’ lauded this year’s prevention policies as “successful.” Fewer arrests and limited property damage characterized the daytime celebration of public drinking compared to last year’s, which attracted national attention with pictures of thousands of students gathered and clashing with Amherst and University of Massachusetts police who used chemical munitions to disperse crowds in multiple locations.

Judging by the outcomes – few arrests, a calmer atmosphere and no violence between police and students – months of planning by the Office of Student Affairs and Campus Life seems to have paid off for administrators, keeping a lid on yet another PR nightmare. But combined with policies instituted around this year’s Super Bowl, UMass and the Town of Amherst have set concerning precedents for future events.

Increased police presence, parking bans and guest restrictions recommended by the $150,000 Ed Davis Report were justified, but not to the extent employed Saturday.

Police from across Western Massachusetts dropped a dragnet north of Amherst Center from morning until dusk, particularly in problem areas like Fearing St., Phillips St., Townehouses, Brandywine and Puffton Apartments. Hundreds of officers from over a dozen local departments, including Easthampton, Ludlow and Chicopee, as well as Massachusetts State, Amherst and UMass police were stationed across town.

Parking bans and guest restrictions presented a barrier to prospective UMass community members, with one anonymous commenter on a recent Collegian story saying that a Division I NCAA team may lose the chance to land a top recruit, and current students who choose not to purchase expensive campus parking passes.

The major difference between 2014’s ‘Blarney’ and previous events was a breakdown in policing. The Davis Report highlights that a police commander moved in on a gathering in Brandywine without enough officers and contrary to crowd control procedure. According to that report, police used riot gear “preemptive(ly)” in response to large but not yet riotous crowds, spreading across town in the militarized uniforms that have become too common for public servants and defenders. They created conditions for confrontation but didn’t have the manpower to quell it.

One solution would be to train officers on crowd control and station local plainclothes units in problem areas. Another is to bring in hundreds of officers from around the region, limit rights to peaceable public assembly, cut off drivers from commonly used parking and strike fear into the town’s population so no crowd will ever form.

APD didn’t learn from its mistakes. It created an environment where it would be impossible to make the same mistakes.

Some may criticize this analysis by saying that conflict was simmering below the surface Saturday, and that the overwhelming police presence barely kept a lid on the event. That just serves to reinforce the stereotype that UMass students are rowdy and respond only to heavy-handed tactics.

In fact, the number of arrests this year was comparable to previous ‘Blowouts.’ At the third unified media advisory event of the day with University, town and police officials, Town Manager John Musante reported that there were only six ‘Blarney’ related arrests on March 7, far below the 70 combined arrests and summonses from last year’s event.

In 2013, only six people were arrested after what was described as a “full-scale riot” of more than 2,000 people by MassLive reporter Patrick Johnson. Police did not use chemical munitions. Similarly in 2012 Larry Kelley recorded fewer than 20 arrests and citations on his blog, Only in the Republic of Amherst.

Local officials and media outlets cite major property damage resulting from March 8, 2014, but no solid figures have been released regarding what was destroyed and how much it cost. And as Rebecca Everett of the Daily Hampshire Gazette reported, no one arrested or charged relating to last spring’s event was ever convicted of a crime.

Most concerning, however, is the cost of ‘Blarney’ prevention. Starting last summer with $150,000 on the Davis Report, the University spent hundreds of thousands of dollars more to host a free concert with Kesha, Ludacris and Juicy J, big name celebrities with big price tags. Whether Amherst shouldered all costs of increased policing and new video cameras isn’t clear. Neither town officials nor University administrators have been transparent about the costs of prevention.

The big questions we’re left with after this year’s ‘Blarney’ are not the same as last year’s, but they are just as important. Was a three-day lockdown of a large swath of Amherst necessary to prevent what was at its worst an eight-hour event? Must we now spend hundreds of thousands of dollars each year to achieve the same results?

Move the spring concert to ‘Blarney’ weekend, plan ahead and charge money for the tickets. If the acts are good, thousands of students will pack the Mullins. Continue to train Amherst and UMass officers on community policing and crowd control tactics. Reduce the number of guests allowed in UMass dorms from four to two for Friday and Saturday; there’s no need for four days of 24-hour security. Don’t restrict parking campus-wide, which makes it difficult for indebted students without parking passes to go to on-campus jobs.

Saturday was a promising start to the end of ‘Blarney,’ but again, the brunt of most policies fell on students, the members of the community who can least afford it. That’s a troubling lesson to set for the years to come.

Zac Bears is the Opinion & Editorial Editor and can be reached at [email protected] and followed on Twitter @zac_bears.