‘The Last Man on Earth?’ more like, ‘The Worst Show on Earth’ 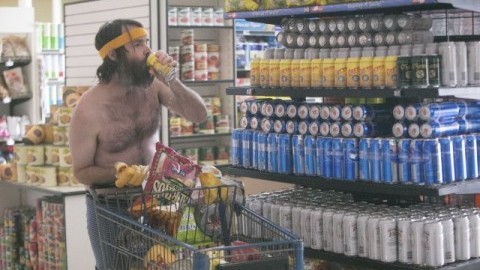 Will Forte’s “The Last Man on Earth” was hotly anticipated prior to its premiere on Fox. It’s a unique premise for a TV show – a comedy, at that – premiering on a broadcast network. Pretty unheard of. With the reliably funny and entertaining Forte as creator and star, could anything go wrong?

And for the first couple of episodes, nothing could. “The Last Man on Earth” sees Phil Miller (Forte) living alone on the desolate landscape that is America in 2020, five years after a virus wiped out the entire human race aside from him – or so he believes. After driving through the country searching for other survivors, he is convinced that he is indeed the last man on earth. He gives up and settles down in Tucson.

Phil Lord and Chris Miller, of “21 Jump Street” and “The Lego Movie” fame, directed the pilot episode of “TLMOE.” The directing duo also executive produces the series. As a result, the first hour of the show is tremendous, especially in its visual aspects. Not only is it more cinematic than almost any other show on network TV, the camera is directed in such a way to punctuate each joke, mining laughs from watching one person simply destroy things with abandon.

For that is what Phil Miller does as the last man on earth. The pilot is largely filled with scenes of Phil entertaining himself by destroying things – blowing up cars, bowling (using aquariums as pins) and letting himself into grocery stores by shooting glass storefronts. There’s a lot to be said for the pilot. In fact, it may very well be the single best comedy pilot in years. Forte’s solitary antics are laugh-out-loud funny and the tragic loneliness really does come through at the same time.

At the end of the pilot, however, the game is changed; Phil meets another person when Kristen Schaal’s character, Carol, turns up, ostensibly the last woman on earth. The dynamic between Carol and Phil is a familiar one: Carol is a shrewish, nagging woman bringing down the carefree, fun-loving Phil. As a result of Schaal and Forte’s incredible comic timing, however, the material is elevated beyond its shabby, simplistic writing.

They manage to keep the show in a solid comedic place for the following couple of episodes. My favorite joke of the series so far comes at a moment when Carol is particularly annoyed with Phil. She looks at him and says, “You were a real scrub today. And you know how I feel about scrubs.” His response: “You don’t want no?”

And then January Jones shows up as Melissa, another survivor, a beautiful blonde who is very happy to discover she isn’t the last person in the world. It all goes downhill from there, and quickly. At this point, the show devolves into something that is barely even worth watching. When the premise is taken away, when Forte is no longer goofing off alone but interacting with multiple characters like a character would do on any other sitcom, “The Last Man on Earth” is only slightly better than, say, “Two and a Half Men.”

The introduction of Melissa brings three episodes wherein Phil grotesquely pines after her, he makes a fool out of himself and he can barely conceal his lust for her. He acts so much like a stalker, the show should really have been called “The Creepiest Man on Earth.” He is also unnecessarily awful to Carol while he pines after Melissa. The first three episodes of this show are spent getting us to know and like Phil Miller; the subsequent three are spent getting us to hate him with every fiber of our being.

Almost every ounce of goodwill the show built up in its impressive first few episodes is doused in gasoline and dropped into a volcano by the following three. I’ve never seen anything like it, a show that starts out so excellently but becomes so terrible so quickly into its first season. As the show adds more and more characters the distinct tragicomedy that “TLMOE” seemed to be in its first couple episodes becomes something entirely conventional, something that is just as badly written as any number of CBS multi-cam sitcoms. It’s a crushingly disappointing piece of work.

I like, respect and trust everyone involved in this show just barely enough to keep on watching, at least for the rest of this first season, but I don’t expect anything from it anymore. The bottom line – the fact that I really have to come to terms with – is that “The Last Man on Earth” just isn’t a very good TV show.

Eli Fine can be reached at [email protected] and followed on Twitter at @ElazarFine.