Learning to rebuild confidence from scratch 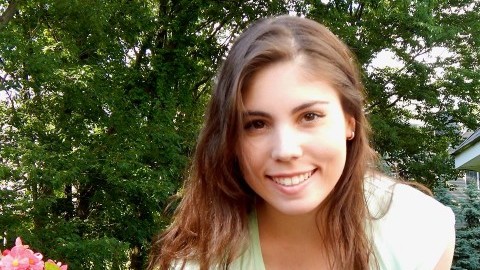 I guess it goes all the way back to when I was two years old, just starting Pre-K 3. My mother said she remembers seeing most of the kids playing together, while I was observing with one friend on the outside of what was known as the “circle time carpet.” And that cautious, observant attitude has followed me nearly 20 years later as I approach my college graduation.

Over the years, that cautious feeling turned into a constant feeling that I wasn’t good enough. I compared myself to other people, and didn’t allow myself to be happy with what I managed to accomplish. I was scared to try new things, and talked myself out of many opportunities because I was afraid of rejection.

Simply jumping into something wasn’t something I typically did until I was a junior in college. But after writing for the Collegian sporadically, I decided to finally get the most out of what this paper offered me.

And I got quite a lot.

I took a chance and applied to be an assistant news editor, something I figured might be good for interviewing skills, and found myself with the job spring semester my junior year.

The beginning of that job was intimidating, as I found myself in a newsroom of people who were experienced and had nothing but passion for the Collegian and reporting. As the semester went on, I too found a similar passion for reporting and did what I’ve wanted since I was in the third grade – write.

Soon enough, I met people I can call some of my closest friends, and I started to build a confidence that I didn’t have before that semester. A confidence that only continued to grow that summer.

The unfamiliarity and negative feelings I had toward myself slowly began to melt away. Days were filled with talking and laughing with friends, as opposed to spending my time alone reading or watching movies. New experiences were had. I went kayaking for the first time, and while it wasn’t totally successful in a body of water with snapping turtles and a kayak that wouldn’t respond to me trying to turn it, it was something new that forced me out of my comfort zone.

Perhaps the most defining moments that happened that summer also happens to be incredibly cliché. My two friends from work and I thought it would be fun to climb a well-known mountain from home, Breakneck Ridge, before we headed in to work. I gulped down two bottles of water, huffed and puffed my way up and tripped over sticks and rocks countless times until the three of us found ourselves on what I was dismayed to learn was only the first peak.

We had two more peaks to hike before we reached the top.

And so we kept climbing. Swearing my way through the cuts and bruises that appeared on my knees and arms, I asked myself why I would ever voluntarily do such a thing that was clearly so frustrating. That question was answered as we reached the real top of the mountain, and the tops of the trees were below us and the Hudson River was in the distance.

I had done it. Something that was so daunting to start, so difficult to get through, was that much more rewarding when it was over.

And now that graduation is approaching, I find myself in a similar situation I was in when I first began Pre-K 3. Things will be different and I’ll have to go through yet another beginning. I’d be lying if I said I wasn’t scared. I’m scared to start new things and meet a whole new network of people. But I’m excited to embrace the changes and see what the next chapter offers me.

Besides, I climbed a mountain. I can do it. I just have to keep going.

Catherine Ferris was an assistant news editor and copy editor and can be reached at [email protected] and followed on Twitter @Ca_Ferris2.