The challenge of breaking the sugar habit 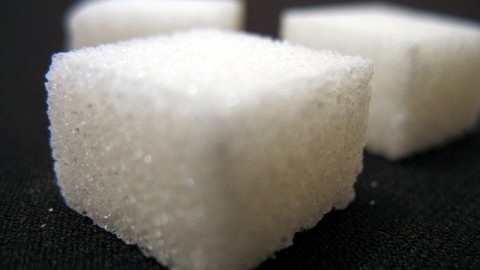 I heard it takes 21 to 28 days to break a habit. That’s only three to four weeks – less than a month. If you can go a month without doing something you consider to be negative, or even positive if you want to stop doing it, you have fewer urges to do it by the end of the period. I’ve seen that on multiple internet sources and decided to give it a try.

Before deciding on my 21-day cleanse, I read about Eve O. Schaub’s experience giving up sugar for a year. Schaub often felt tired but didn’t think anything of it. Americans are busy. We’re always on the run with places to go and people to see.

“One in seven Americans has metabolic syndrome. One in three Americans is obese. The rate of diabetes is skyrocketing and cardiovascular disease is America’s number one killer,” said Schaub in her article for The Mind Unleashed. “According to several experts, sugar is the thing that is making so many Americans fat and sick.”

Schaub is very ambitious. She wanted to see if her family, including herself, husband and 11 and 6-year-old daughters could cut out anything with an added sweetener, sugar, honey, molasses, maple syrup, agave, fruit juice or any fake sugar, for a year. They only ate fruit and foods where the sweetness was from its original source.

She discovered something that I and probably most people didn’t know. There is sugar in almost everything processed and in foods that you wouldn’t think it would be in because they are not sweet, such as tortillas and chicken broth. The reason is “to make these items more palatable, add shelf life and make packaged food production ever cheaper.”

“After continuing my research, I was convinced removing sugar would make us all healthier,” Schaub said.

That makes sense to me, because they were not eating unnatural foods but she said she felt better in a very real and tangible way.

When you try to wean yourself off a medication, for example, you must do it in gradually decreasing doses, as not to put your body in shock. The Schaub family did it all at once, except for a monthly dessert treat, and noticed the effects in a gradual way.

“Not only did I not enjoy my slice of pie, I couldn’t even finish it,” Schaub said. “It tasted sickly sweet to my now-sensitive palate. It actually made my teeth hurt. My head began to pound and my heart began to race; I felt awful.”

It’s like she put her body into shock during that experience. The family members get sick a lot less frequently and eat very differently than a year before. I found this entire story fascinating.

If they could all do it for a year, I could certainly do it for 21 days. The setting would be different because I am at school surrounded by so many foods I would have to avoid, whereas the Schaubs do their own grocery shopping and didn’t have temptations lying around.

Nevertheless, I tried it.

I marked on my calendar day one and day 21. My version of “no sugar” meant no dessert, sugary snacks or beverages other than water and tea. I didn’t delve in as intensely as they did, cutting out salad dressing and checking all food labels because frankly, it was too hard. I thought this was a good first step.

It was challenging, especially when my friends were eating dessert around me but challenges were an important part of fulfilling my goal and after each meal, I was proud of myself for avoiding it. I only cheated a couple times.

Twenty one days later, I didn’t feel extremely different but I did feel energized. My skin looked healthier and I celebrated my completion by eating a dessert. When I ate it, I ate it slowly to fully enjoy it. However, I didn’t love it the way I thought I would. My palate really did change.

Now, I eat sugary things again, but not to the extent that I did before my little experiment. I look at a piece of cake and don’t feel inclined to eat it the way I used to.

It’s amazing to me how, with a bit of self-control and lack of indulgence, one can change so drastically. Our bodies can always change with how we treat them, whether in a good or bad way.