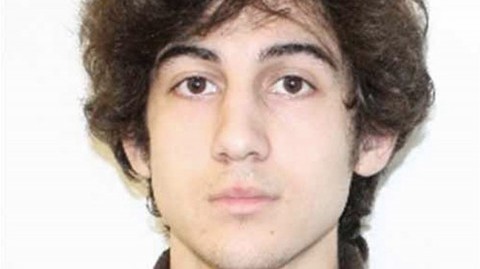 BOSTON — A federal jury in the Boston Marathon bombing trial on Wednesday found Dzhokhar Tsarnaev guilty of committing the worst terror attack on U.S. soil since 9/11.

The decision, not surprising given the admission by Tsarnaev’s attorney that her client took part in the April 2013 bombing, sets the stage for a showdown between federal prosecutors and defense lawyers to determine if the young Russian immigrant will be sentenced to death.

Tsarnaev, 21, thin, tousled-haired and lightly bearded, stood for the reading of the verdict. As he has throughout the trial, he showed little emotion.

Tsarnaev faced 30 counts, including conspiracy to use weapons of mass destruction at the April 2013 marathon and the murder of an MIT police officer during a police manhunt. Seventeen of the counts made Tsarnaev eligible to receive the death penalty.

The panel of seven women and five men discussed the case for more than 11 hours on Tuesday and Wednesday.

Before the jury resumed its discussions Wednesday, the judge first answered two questions jurors had asked Tuesday, one dealing with the scope of a conspiracy and the other about aiding and abetting a criminal.

Judge George A. O’Toole Jr. told them that a conspiracy can cover several days or months, as alleged in the bombing plot. He defined charges of “aiding and abetting” by Tsarnaev as “helping” his older brother in bombing the marathon.

Prosecutors say that Tsarnaev and his older, now deceased, brother, Tamerlan, carried out a conspiracy to bomb the race, killing three people and injuring more than 260, by detonating separate pressure cooker bombs at the finish line.

They also allege the brothers shot and killed an MIT police officer during a manhunt for the bombers.

Defense lawyers have acknowledged that Dzhokhar Tsarnaev bears responsibility for his role in the bombings. But they hope to get a sentence of life in prison with no parole as the case moves to a final penalty phase.