Vigil and donation to be held for victims of Nepali earthquake 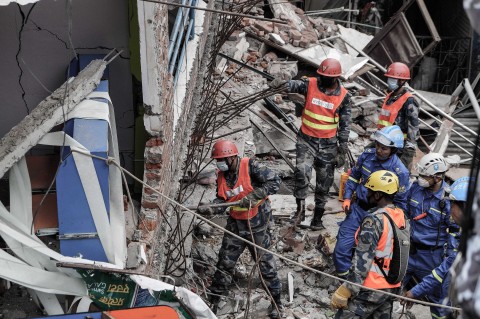 In the wake of an earthquake that has traumatized Nepal, a candlelight vigil and donation drive for the victims of the Nepal earthquake will be held today from 7-8:30 p.m. on the lawn of the Fine Arts Center.

On April 25, Nepal was hit by an earthquake that registered a 7.8 on the Richter scale. More than 5,000 people have been killed and thousands more have been injured and stranded, according to the event’s Facebook post.

Attendees are encouraged to bring homemade signs and posters, as well as Nepali flags. Per request of the FAC, flameless candles will be used.

Proceeds from the event, which is being hosted by the Nepali Student Community of the University of Massachusetts, with support from Girl Up and South Asian Sisters in Solidarity, will go toward the International Medical Corps and the Help Nepal Network.