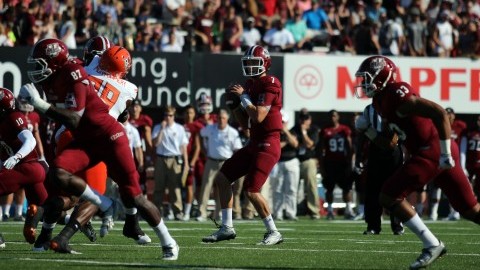 The Massachusetts football team received yet another reminder that the expectations surrounding the program are heightened entering the 2015 season Monday afternoon.

Defensive backs Trey Dudley-Giles and Khary Baily-Smith were both selected to the third-team. Dudley-Giles was named a cornerback on the team while Bailey-Smith was selected as the kick returner.

UMass had an additional three players named to the fourth-team in running back Shadrach Abrokwah, offensive lineman Tyrell Smith and outside linebacker Kessan Messiah.

The announcement comes with more than two months remaining before the Minutemen kick off their season. UMass enters its final year as a member of the MAC conference and returns 19 starters, one of the highest marks in the country.

The Minutemen open their season against Colorado on Sept. 12.

Andrew Cy can be reached at [email protected] and followed on Twitter @Andrew_Cyr.