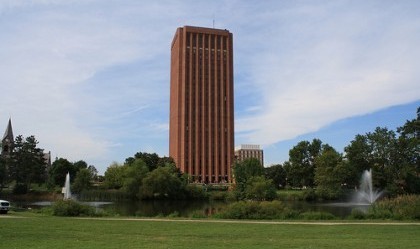 The University of Massachusetts named Marie Bowen as the next assistant vice chancellor for human resources, replacing Juan Jarrett.

Previously, Bowen served as the associate dean and chief human resources officer and Title IX officer for Harvard Law School and as the human resources director for Massachusetts Port Authority.

During her nearly decade-long tenure at Harvard, Bowen worked to increase participation in performance evaluations, according to a 2013 article in Profile magazine. In a five-year stretch, she helped to more than double the participation rate from 40 percent to 90 percent and said now the “‘process practically runs itself,’” the article stated.

“We are excited to have someone of Marie Bowen’s caliber join the UMass Amherst community,” Vice Chancellor for Administration and Finance James Sheehan said in the release. “She brings a wealth of human resources experience to this key position.”

Bowen graduated from Harvard College before receiving a master’s degree from Simmons College and a juris doctorate from University of Virginia Law School, the release stated.

Bowen is set to join the University in August, according to the release.