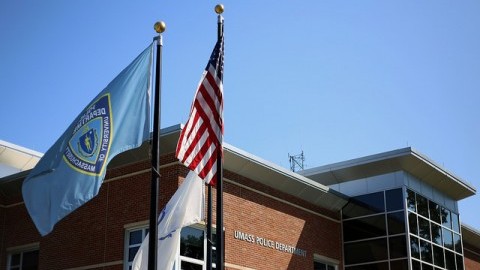 The program was officially ended in January, after being suspended by Subbaswamy last September, when an 11-member panel found that the program resulted in missed opportunities to treat the drug use of confidential informants and had an adverse effect on their safety.

While the UMass Police Department had previously described the program as a “core component” of their drug enforcement policy that resulted in half of the total drug arrests from September 2012 to February 2014, the UMPD’s drug arrest rate has not noticeably decreased.

“(Confidential informants) were a very minor component of the UMPD’s overall strategy,” University spokesperson Daniel Fitzgibbons said. “It is not surprising that the arrest rate has remained consistent.”

There have been 16 drug arrests made over the roughly 10-month period since the suspension of the CI program in late September. UMPD made 31 drug arrests in 2011, 28 in 2012, and 22 in 2013, which suggests the total number of on-campus drug arrests had begun to decrease before the confidential informant program’s suspension.

UMPD has introduced no new drug enforcement programs since the ending of the confidential informant program.

“They didn’t solely rely on the confidential informant program as part of drug enforcement,” Fitzgibbons said, adding that the program had begun to wind down by the time it was suspended.

“No students were working as CIs when the program ended,” he added.

“Medical providers at UHS are aware and educated around addiction issues,” he said. “They can treat students or refer them for treatment.”

The confidential informant program became controversial after The Boston Globe published a story last September about a UMass student who died from a heroin overdose in 2013 after becoming a confidential informant. The student, Eric Sinacori, had been caught selling LSD and MDMA to an undercover police officer, and a hypodermic needle was seized in his room during a raid.

Sinacori was 19 years old at the time of his arrest, and while the UMPD do not notify a student’s parents of an arrest, they do share the information with the Dean of Students Office. The office then notifies the parents of the arrest if the student is under 21.

The confidential informant program created a loophole through which the parents of informants would not be informed of their children’s’ arrests. The loophole was heavily criticized after the Globe story was published, and was one of the main concerns the review panel found with the program.

UMPD and UHS declined to comment for this article, and referred the Daily Collegian to the UMass Office of News and Media Relations.