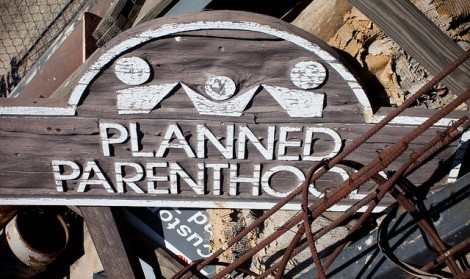 Over the past few decades, controversy regarding Planned Parenthood has popped up on television screens and frequented newspaper headlines more often than not. As they have been for decades, pro-life groups and multiple right wing politicians are attempting to de-fund Planned Parenthood. Just this past Friday, the House of Representatives – currently controlled by Republicans – successfully passed the Defund Planned Parenthood Act, 248-177.

If the bill is passed by the Senate, as it most likely will be, President Barack Obama has vowed to veto it. Republicans have threatened to shut down the government if that situation arises.

It’s true that Planned Parenthood receives over $500 million per year from federal funding, which is quite a significant amount. This money is largely a combination of federal and state funding. The narrative that pro-life groups and many Republican politicians have been pushing out has the intention of manipulating right wing followers into outrage about their tax dollars going towards abortions.

“I don’t want my tax dollars going towards something against my religious beliefs/something I don’t believe in” is the type of statement we hear on the news frequently. From highly-edited videos put out by anti-abortion groups to misleading and disproved statements made by presidential candidates such as Carly Fiorina, the intentions are clear.

It’s important to know what that government money is actually used for. According to Planned Parenthood, the majority of services which the nonprofit organization provides annually are for STI/STD testing and treatment, coming in at 42 percent. Thirty four percent of what the nonprofit organization does is to provide contraceptives and nine percent of their services goes towards cancer screening. Only three percent of the services provided are abortion-related.

Federal funding for abortions come from two major programs; Title X and Medicaid. Regarding the argument that tax dollars should not go toward funding abortions, Title X prohibits federal funds to be used towards abortions. Medicaid, under very restricted circumstances, does allow government money to fund abortions. These exceptions, as outlined in the 1977 Hyde Amendment, are only in cases of rape, incest or to protect the life of a mother during a dangerous pregnancy.

As a woman being represented by a Congress which is 80 percent male, I’m dejected but not surprised by the possible shutdown. What people need to take into consideration is the consequence of defunding. According to the Los Angeles Times, it is projected that upwards of 650,000 women – mostly from low-income areas – will lose access to care.

This means a loss of access to sex education, pap smears, mammograms and cervical cancer screening, STD testing and treatment and, most importantly, birth control. Planned Parenthood is the largest provider of birth control and sex education in the country.  Losing the ability to acquire birth control is bound to increase the rate of unplanned pregnancies, which will ultimately lead to more abortions. These include unregulated and unsafe illegal procedures.

Women deserve the right to a safe procedure in a place where they are allowed to discuss and make choices about their own bodies with trained professionals present to answer questions and provide support.

Having a male-dominated legislature frequently attempting to take away the control which we as women have over our own bodies and hinder our access to medical care grows more and more frustrating but it will not discourage those who have fought and will continue fighting for women’s rights.