‘The Visit’ is a small step forward for M. Night Shyamalan 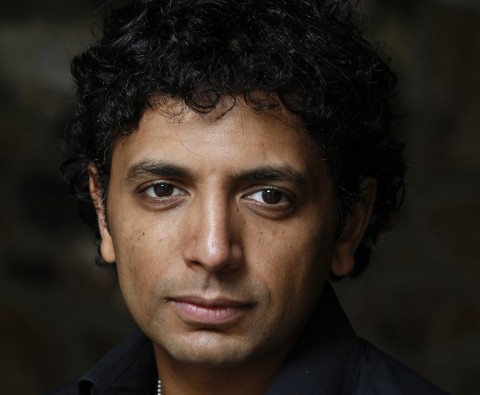 After years of being “the twist ending guy” in Hollywood, M. Night Shyamalan appears to be on the beginnings of a second wind.

“The Visit” is not quite clear-eyed in its purpose, but it is engaging nonetheless. The film begins with footage ostensibly from a digital camcorder, as teenage Becca (Olivia DeJonge) interviews her mother Paula (Kathryn Hahn). Becca’s footage is a documentary she is making about meeting her grandparents, Paula’s parents, for the first time.

Becca and her younger brother Tyler (Ed Oxenbould) agree to spend a week with their grandparents, while Paula enjoys a getaway cruise with her new boyfriend. They travel by train to Paula’s former hometown of Masonville, Pennsylvania, where Nana (Deanna Dunagan) and Pop Pop (Peter McRobbie) warmly greet them and take them to their house, their mother’s childhood home.

Left hanging in the air is the question of what happened on the day that Paula left home, something that she refuses to tell the kids, only telling them that they should ask their grandparents. On their first night staying over, Pop Pop tells Becca and Tyler that bedtime at the house is 9:30 p.m., and since they have a bathroom off of their bedroom, they have no reason to leave their room at night. This is where the movie begins its descent into the unusual, and also where the build-up of the opening 20 minutes begins to pay off.

Shyamalan seems to have learned a valuable lesson about the cost of trying to fool the audience. It’s not a bad thing if the audience can tell soon from the start that there’s something wrong. It is actually a more effective way to ratchet up tension.

Character development here is also more nuanced than it is in some late-period Shyamalan films, outside of the clumsy attempts to show us what is normal for Becca and Tyler through Becca’s use of the digital camera in the opening scenes. There is a fixation on Tyler’s part with becoming a rapper that is so obnoxious to watch that it’s difficult to tell whether Shyamalan is doing this deliberately for a little humor, or simply to show his terrifying idea of what contemporary children are like.

The film might lean too far in this direction. The siblings’ absent father is brought up frequently and clumsily. And while the film resounds in portraying the real discomfort of witnessing the effects of aging in elders, especially family members, the film’s overall understanding of it leaves something to be desired, particularly as it regards the twist.

The handheld camerawork proves to be more than a gimmick. Becca’s obsession with capturing “real” moments and behavior (she has a genuinely charming tendency to tell her subjects to “act natural” that almost qualifies as a running gag) can be seen as an acknowledgement on Shyamalan’s part of the limits of any attempt to control a presented narrative for the appearance of truth. More importantly, as Becca intrusively notes about Tyler’s germophobia early in the movie, the camera acts as a protective barrier between her and the outside world, a response to their family’s newfound disjunction.

Deanna Dunagan and Peter McRobbie are captivating as Nana and Pop Pop, respectively; McRobbie has a lean, weathered, almost sunken look that makes him almost unrecognizable. One genuinely clever touch the film uses is that early on, Becca’s camera lingers on a shot of them together, seen through the frosted glass of a weather shelter at the train station.

DeJonge and Oxenbould give sincere and effective portrayals of two teens barely out of childhood just trying to cope with an escalating situation, and once outside of the aforementioned opening scenes, the growth of their respective characters begins to flourish.

The two pairs of characters, then, generate most of the stakes through their interactions with each other, as the siblings struggle to reconcile a more powerful sadness at the evident aging of the grandparents with a deeper unease they cannot shake that there is something deeply wrong with the situation. Tyler is the first to grow suspicious, and Becca takes longer to follow, still trying to use her documentary as a talisman to recreate a sense of wholeness for her family.

At one point in the film, Becca interviews Tyler about their father, pushing the interview until Tyler talks, indirectly, about how he feels by relating the story of the time he froze up during a Pop Warner football game when he was the only one who could tackle an opposing player.

Tyler, who has been given a junky older camera to act as Becca’s second unit director, so to speak, in turn interviews Becca and asks her why she never looks at herself in the mirror. Scenes and choices like these are at the core of what makes “The Visit” more than just a string of spooky moments. They are greatly preferable to the cloying, forced attempts to make us relate that pepper the film in smaller ways, but perhaps they are, for now, the cost of Shyamalan’s movement forward as a director.