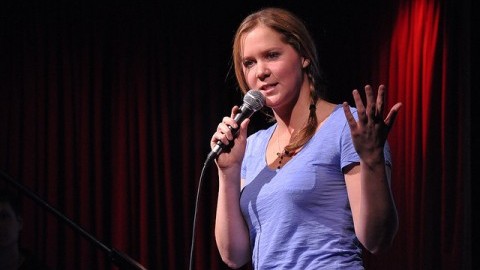 In her monologue, Schumer shames the alteration of celebrities’ bodies, like in the way the Kardashians have. Joking that the Kardashians use their natural bodies as a “light suggestion,” Schumer implies that self-esteem issues and poor role models are increasing in volume.

She’s right.  Tabloids and celebrities celebrate those who look fake, those who perfect the undesirable, and those who alter different body parts to make one more attractive. It has become the trend to plump lips, enlarge breasts and minimize fat around the hips. Essentially, celebrities are teaching girls today that it is not only normal, but encouraged to change the way they look so they can be seen as star-worthy and more attractive.

In today’s society, more and more girls are being taught to change the way they look so they can better themselves. Now, it seems as if the way this is being taught is not only enabling girls to think that they are not good enough, but increasing self-esteem issues in girls at an early age as well. In her monologue, Schumer identifies these problems, citing a young girl she worked with and her agent’s distaste with the size of the girl’s cheeks.

In addition, Schumer defies many gender roles in her work to show girls and women that they shouldn’t be ashamed of who they are. In her movie “Trainwreck,” she portrays a woman that initially participates in multiple one-night stands, a traditionally manly thing to do.

Through her work, Schumer shows that she is a woman confident in what she was born with, and won’t conform to the traditional gender roles society sets up for women.

It was important that Schumer made this impression on such a well-known show, because people who weren’t familiar with her will be familiar with her now. She let her carefree, confident persona shine, and this is something that a fresh comedian should do.

As a woman shown on channels like Comedy Central and HBO, Schumer might not have appealed to a wide audience with her feminist attitude. By approaching NBC with this aura of confidence, she was able to reach out to many more viewers.

SNL is a great platform to showcase feministic ideals and social issues associated with body image. Schumer did a remarkable job defying the common thought that women are supposed to be stick-thin and modest individuals.

There’s no doubt that this new comedian will seriously help a lot of girls and women with her jokes.