MASSPIRG calls on Subway to remove antibiotics from meat 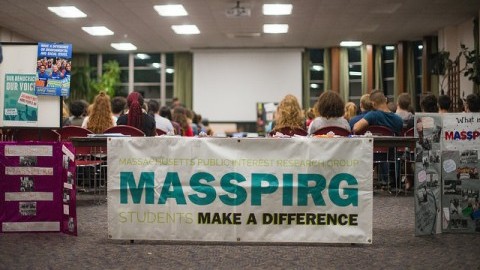 One of the main campaigns involves a call for Subway to remove antibiotics from its meats. The initiative is part of a four-pronged approach to political action that includes pro-democracy political reform, transportation reform and consumer protections.

The campaign, which is a spiritual successor to a successful call upon McDonalds to utilize only antibiotic free chicken for two years, falls under the group’s public health initiative.

When the campaigns for the year were announced last April, the antibiotic campaign was still in its infancy. Despite this, MASSPIRG and its USPIRG parent organization have already made significant strides in expanding its influence.

Julia Seremba, a student at the University of Massachusetts and the campaign coordinator for the Subway campaign, described some of the early efforts being made by the organization to expand the campaign’s visibility.

“Subway recently followed our parent organization USPIRG on Twitter, which means that the campaign has already piqued their interests and that they will continue to see our message as the campaign continues,” Seremba said in a phone call. “We are also in the process of organizing the creation of a large sub that will be delivered to the Subway in the town of Amherst.”

These efforts have also caught the attention of students on campus, a trend that Seremba thinks will continue to grow.

“The responses that we have been getting have been very supportive of the group’s initiative,” Seremba said. “I can see the amount of response growing as the campaign continues to educate students about the impacts of antibiotics on public health.”

MASSPIRG’s website is clear about those impacts, citing the Centers for Disease Control and Prevention estimation that at least 23,000 Americans die every year from antibiotic-resistant bacteria. The website warns that the widespread overuse of antibiotics on factory farms is putting our health at risk.

This messaging has had an effect on students at the University. Mary Kate Coughlin, a freshman, said that she was “alarmed” when considering the message put forward by MASSPIRG.

“Subway should definitely move toward an antibiotic free model,” Coughlin said. “(The University) did it and I feel significantly better about what I’m eating at the dining commons.”

“The issue goes deeper than simple political action,” Seremba said. “When more than 23,000 Americans are dying every year, something happens, and we hope through the Subway initiative we can open up a public dialogue about the overuse of antibiotics in our farms.”

Daniel Mahoney can be reached at [email protected]