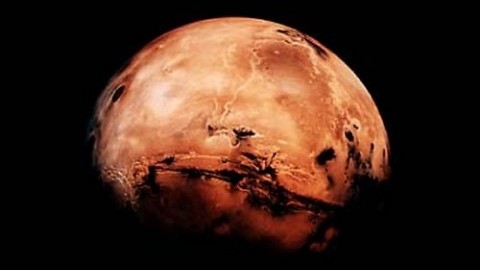 Unless you’ve been living under a rock on Mars, you’ve definitely seen quite a bit of the red planet in the past few weeks. NASA teased a “major science finding” at the end of last month and later made the explosive announcement that liquid water flows on present-day Mars, sending ripples throughout the scientific community as well as the world at large.

This announcement coincided perfectly with the box office opening of director Ridley Scott’s science-fiction film “The Martian,” which follows Matt Damon as astronaut Mark Watney in his attempt to survive for four years with limited resources on the inhospitable planet after his research team leaves him for dead.

It’s no secret NASA has been piggybacking off of the success of the film – a cursory glance at the organization’s Twitter feed shows cast interviews, comparisons of technology seen in the movie and the hashtag #JourneyToMars, which serves as the social media banner for NASA’s real-life manned mission to Mars.

In a world where government funding for space exploration dwindles with every passing year, NASA needs all the help it can get. Thankfully, the commercial success of “The Martian” shows that popular culture still values the search for understanding beyond our own planet and the work that NASA does to take us there.

While NASA has shared the media spotlight with Hollywood in the past – Christopher Nolan’s “Interstellar” is a prime example – the unique background and content of “The Martian” are what allowed the agency to go for broke. Much like amateur astronomy enthusiast Andy Weir’s novel that inspired it, the film stays rigidly locked within the physical and scientific laws of the real world.

Watney survives in the film through his knowledge of physics, chemistry, botany and a whole lot of math rather than the high-concept astrophysical techno-magic of “Interstellar.” Indeed, much of the tension of the film is centered upon the reality of the two-year travel time to and from Mars, as the rest of the mission’s crew must finish the return to Earth before they can even consider mounting a rescue. Rather than gloss over the technicalities of its scientific constraints, the film delves into them, a delight which NASA has been attempting to channel through its active presence on Twitter and Facebook.

Unfortunately, slingshotting its real-world research goals off of a Hollywood blockbuster is one of the best means NASA has of stirring up public interest, especially as the agency has to fight for every single cent it can get in its Congressionally-approved budget every year. Despite all the productive work the organization does for humanity as a whole – giving us some inventions as mundane as memory foam and others as life-changing as water purifiers and solar panels – NASA is forced time and time again to justify its existence as climate-change deniers and other opponents in Congress attempt to defund it.

The NASA of “The Martian” is faced with these concerns when Watney’s initial presumed death becomes a media crisis that jeopardizes the agency’s funding for future missions. Once he re-establishes contact with Earth, however, the mission to retrieve him captures the attention of the entire world.

Without spoiling anything, I think that real-life NASA is trying to do the same thing with the film. “The Martian” could have very well been a morose, gritty and sepia-toned slog as one lost soul overcame crushing existential isolation in the most desolate environment known to humankind. But it wasn’t. Instead, it is a tense, invigorating and genuinely funny film that celebrates not only individual ingenuity and endurance, but the incredible things we can accomplish if we work together.

NASA could choose to prove, once again, how instrumental it is to the continued scientific advancement of the human race. But as the success of “The Martian” has shown, science is fun enough to speak for itself.