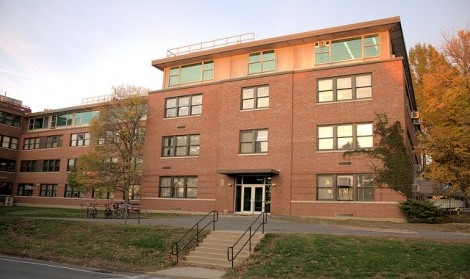 Seven University of Massachusetts professors recently found their names on a list of the most influential scientific minds of our time.

The list, compiled by Thomson Reuters, one of the largest information firms in the world, acknowledges researchers who have been engaged in research that has had a significant impact in their respective fields, and has led many to their papers being in the top one percent of cited works among their colleagues. Many of these papers have received multiple thousands of citations as well as high praise.

One of the seven UMass professors, microbiologist Derek Lovly, wrote a paper in 1988 that is still among the most consistently cited works in the field of microbiology.

“I’m really happy to have made that distinction,” Lovley said when asked how he felt about being put on the list. “It’s gratifying that that paper still has relevance.”

Food scientist David Julian McClements shared the feelings of his fellow scientists, saying, “It’s nice to get recognized by your peers. It’s sort of like getting a platinum disc album.”

Both expressed that the reassurance of their work being appreciated and relevant outweighs any added pressure of being so highly cited.

But the professors also expressed that those observing such lists should take caution. Astronomer Mauro Giavalisco stated that citations “do not tell the whole story.”

This was a sentiment shared by chemist Vincent Rotello who explained that, like any statistical evaluation, the Reuter’s list has strengths and weaknesses. Rotello said he liked the impersonal nature of the survey used to create the list, saying it was more “cold and analytical, and (it) gives a different perspective than many other awards.”

However, Rotello also acknowledged that the number of citations is not by any means the only measure that should be taken into account when evaluating a scientist and his or her work.

Polymer scientist Thomas Russell expressed not only that number of citations wasn’t the only aspect that should be evaluated, but that it may even be misleading. He pointed out that many on the list have opened up new areas of study in their fields.

“It’s like you’re going into an orchard,” Russell said. “You get to pick the low-hanging fruit.”

He explained that such breakthrough works lead to a great amount of citations and such works don’t necessarily indicate the greatest influence, because the work that comes after must be built off it regardless of how deep into the new area the original work goes. When asked if he thought the existence of the Reuters list was positive and significant, he was unconvinced.

“The everyday person doesn’t look up the most highly cited people, the top 10 maybe,” said Russell, adding that the list would be more helpful to graduate students looking to make a decision on colleges to attend for research, than the average person, even if they had an interest in science.

Other professors saw the list differently. Giavalisco said he thinks it’s important that organizations outside the scientific community take notice of what’s going on in various fields and care enough to make lists like this one. McClements also said “universities buy into it,” insisting that such a designation, while not an end all be all for a scientific career, is taken into account by educational institutions when evaluating their scientists.

“It changes the way I work, I think,” he said when asked about the possibility of getting on lists like the one Reuters put out.

This sentiment was not shared by Russell.

“You don’t pay attention to all the hype and statistics,” Russell said. “I don’t live and die by Reuters.”

Over 3,000 researchers internationally were named to the Highly Cited Researchers list this year.

All seven UMass professors were also on last year’s list.