Stephanie Meyers goes shallow on gender in “Life and Death” 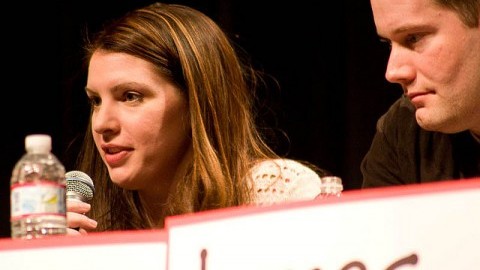 We all remember the craze when “Twilight” was released in 2005. The book, while not an instant hit, grabbed the attention of many adolescents and adults alike and gradually rose to become an international bestseller. Now, many fans have a new reason to rush to the bookstore – the “Twilight” 10th anniversary special has been released, titled “Life and Death.”

Sharing a cover with the original novel for this special edition, the new novel is apparently the same exact story with a single twist: the genders of the main characters have been swapped. Instead of Bella and Edward, the story focuses on Beau and Edythe. According to ABC News, Stephanie Meyer announced that “(she wants) to say this is not a real book, and (she is) totally aware of this.” If it’s not a real book, then why did she bother writing it?

Complaints that brought about this change include the cliché fact that Bella exemplifies the archetypal “damsel in distress,” which is outdated in literature these days. People want to see new plots and twists, new tropes, and most importantly, creativity. Meyer said that she rewrote the same story just “to prove that the story worked just as well with the genders reversed”. This tactic is not making Meyer stand out as an author; if anything, it calls into question the validity of her best-selling status.

Imagine if the entire Harry Potter franchise was rewritten from the point of view of Hermione. Hermione grew up with the same amount of knowledge as Harry about the magical world – that is, none. The only difference would be her blood status. But gender-swapping the main cast of Harry Potter would create interesting dynamics – after all, according to a conversation between Hermione and Ron in “Half Blood Prince,” boys have the “emotional range of a teaspoon.” Now imagine all the supposed emotion of a female in Harry’s shoes. The character – Harriet, let’s say – would seem unrealistic to us girls because we know the difference between how guys would act versus how girls would act in a given situation. Not to mention all the side characters in Harry Potter who would alter how the story played out if their genders were reversed. In order to make the story fairly similar to the original, J.K. Rowling would need to take into consideration each of these interactions.

But it seems that Meyer is unconcerned with these issues. We like to pretend that gender doesn’t affect things, but the truth is that stereotypical gender roles are still a prominent aspect in society. Changing the genders of the main characters of a novel like Twilight requires taking this into account. And beyond that, there are a great deal of subplots in the novels that this swap imperils. Take, for instance, the almost-romance between Bella and Jacob. If Jacob isn’t swapped, what happens to that plot? Is Meyer suggesting Jacob would be gay? What about Edward’s ‘traditional’ views on romance – would Edythe have the same, and thus expect Beau to make the first move? It seems Meyer didn’t take this all into thought.

On another note, fans are outraged that this book has been released, and not the sought-after “Midnight Sun,” the development of which was ended despite several chapters having been leaked in 2008. “Midnight Sun” was another version of Twilight as well, except the novel would have been told from Edward’s point of view. Now which sounds more interesting: a novel that is nearly the exact same thing only with different genders, or the novel told from an entirely different perspective? Perhaps Meyer should reconsider how she uses her free time.