The Daily Collegian’s role in covering a crisis 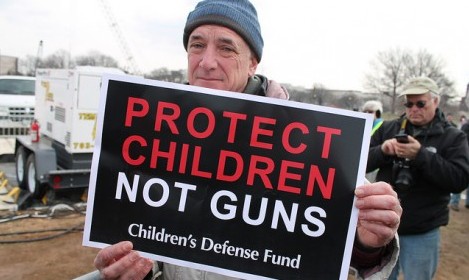 The Massachusetts Daily Collegian ran a special series this week on the topic of school shootings and gun control in light of the tragedy at Umpqua Community College in Oregon Oct. 1. As our reporters worked on the series, we had to consider not only how UMass as a system would respond to such a crisis, but how the Collegian would handle the necessary coverage of a shooting on this campus.

We concluded that many media sources, in the wake of such tragedies, often place far too much emphasis on the perpetrator.  Speculation abounds about who he is, why he committed such an act and whether or not he should have been identified as a threat. Bone-chilling images like those of Adam Lanza become well-known after being plastered on thousands of print papers and news sites. “Elliot Rodger’s Retribution” has over 3 million views on YouTube and has been analyzed dozens of times by major media sources like CNN.

Extensive coverage that delves into the personal life of the perpetrator does little else other than glamorize his actions and feed into his own sense of narcissism.  While it may be unrealistic to suggest that the shooter not be named at all, images of shooters plastered across televisions and the Internet adds an element of martyrdom in which others may find inspiration, and is thus dangerous.

There is also a tendency among media sources to hypothesize about the mental health of the shooter. One day after the shooting at Umpqua, Christopher Harper-Mercer was described as a “deeply troubled recluse” who battled depression. Although the mental state of one who commits a mass shooting merits discussion about mental health issues in the United States, news articles cannot and should not be used as forums for reporters to theorize about the correlation between mental illness and violence. Doing so perpetuates a stigma that mentally ill people are dangerous despite the fact that about 60 million Americans are experiencing mental health problems, according to the National Alliance on Mental Health, and the vast majority are not inclined to violence as a result. While it would be prudent to point out any mental health issues that the shooter was suffering, speculation about how exactly these illnesses altered his mental faculties is best reserved for experts.

Such a tragedy may tempt a news organization to use the event coverage as a means to espouse various ideologies regarding gun control.  Again, it is not the responsibility of a news organization to debate how such a tragedy could have been avoided. Doing so would divulge bias when our role is to report facts. Objective accuracy is key to the coverage of any news story, especially with such stories that are often twisted for political gain.

By far, the most important facet of covering such a tragedy is the memorialization of the victims. While many people can likely recall the names of the Virginia Tech or Sandy Hook shooter, the victims are often faceless, briefly remembered and then cast aside as statistics.  Coverage of the perpetrator sometimes goes on for years as his mental state is evaluated and he attends court, but victims are soon forgotten about.

An ethical news organization has a responsibility to acknowledge the victims of such crimes. There is a time and place for a news organization to shift from the strict frame of factual, unbiased reporting in order to make a statement. The Charleston Post and Courier dedicated its entire front page to the nine lives lost in the South Carolina shooting in June. As a voice for the UMass campus, it would be our place to acknowledge the lives lost in the community, and it would be unjust not to pay respects on behalf of the campus.

Increased coverage of the victims is twofold in its message: It asserts that the victims are more important and more worthy than the shooter and assures readers that the victims did not die in vain.  Still, there is a fine line to walk here.  Families, in their time of grieving, should not be pressed or pestered for information if they are not willing to discuss it. The Collegian is mindful of the sensitivity of the situation as we strive to report accurate and lucid information.