The extraordinary, ghostly music of Lewis 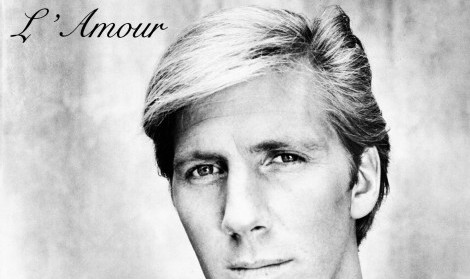 Imagine this if you will: notes from a delicate, distant piano elegantly and slowly unfurl, with a similarly quiet synthesizer uneasily trying to work in tandem with the piano. A male voice suddenly appears in your speakers, but he’s frustratingly obtuse, his words unintelligible.

The music sounds strangely familiar and glamorous, and yet entirely alien. It sounds like the artistic output of a genius musician who simply wanted to be documented, and yet not heard.

This surreal piece of music is “I Thought The World of You,” the first song on “L’Amour,” the 1983 debut album of a musician named Randall Wulff, and released under the pseudonym of Lewis.

The entire album is simply astonishing, and is coated in more of the mysterious, hesitant synthesizers, grand, circular piano melodies and whispered, unintelligible vocals shown on its opening track. Many of its slow-burning songs play like warped selections from the Great American Songbook. It’s undoubtedly pop music, but rather than attempting to integrate itself into the world and mind of the listener, it exists on its own.

But what truly accentuates the ghostly beauty of “L’Amour,” and Wulff’s other discovered works, is the truly unbelievable story of the man who created them, and how they were re-discovered decades later.

Much of the story was put together by Light in the Attic Records, a reissue-focused label who re-released “L’Amour” last year.

According to the label’s website, a vinyl copy “L’Amour” – which was originally released by an unknown label by the name of R.A.W. – was located in a flea market in Edmonton by record collector Jon Murphy, and passed onto another collector named Aaron Levin, who shared the album on the internet.

There was next to no information on the vinyl, other than a mysterious dedication to Sports Illustrated model Christie Brinkley, a photo credit to noted Los Angeles punk scene photographer Ed Colver, and credits to engineer Bob Kinsey and a synth player by the name of Phillip Lee.

Light in the Attic contacted Colver, who could only remember that Wulff drove a white Mercedes convertible, was staying in the Beverly Hills Hotel at the time of the album’s recording and was constantly accompanied by his blond girlfriend who – according to Colver – had the appearance of a model.

Colver shot the album’s cover, an appropriately bizarre image of Wulff staring distantly; not quite at the listener, but not off into space either. When Colver attempted, weeks later, to cash the $250 check that Wulff had written him for the photo session, the check bounced, and Wulff was nowhere to be found.

None of the parties involved with the record ever heard from Wulff, or heard anything about him, again.

Soon after Light in the Attic discovered “L’Amour” though, a Vancouver DJ named Kevin “Siperano” Howes discovered an album deep in his collection entitled “Romantic Times.” The album was dated from 1985, and credited to one Lewis Baloue, The cover showed a man – clearly the same person as the one on the cover of “L’Amour” – in a white suit, standing in front of a white Mercedes convertible and a white private jet.

Just a couple of months after that, Len Oscanic – a recording engineer at the Fiasco Bros. studio, near Vancouver – confirmed rumors that Wulff had recorded extensively at the studio under the alias Randy Duke in the 90s. To date, the Fiasco Bros. have culled and released two albums from the sessions – “Love Ain’t No Mystery,” which was released in Aug. 2014, and “Hawaiian Breeze,” which was released in January.

All of these albums show a sort of artistic growth for Wulff, displaying his experimentation with more guitar-based material. And yet, on each of these recordings, his indelible, ever-indecipherable vocals remain. For each moment you think he may finally be emerging from his self-constructed shell, there is a moment of quiet withdrawal, as if Wulff suddenly became aware of how much of himself he was giving away.

And yet, the end to the Randall Wulff saga is almost unfathomable as the music itself.

According to a Light in the Attic blog post, the label spent two and a half years searching for Wulff, and found nothing but total dead ends. Then, in the summer of 2014, during the height of the buzz surrounding the reissues of Wulff’s work, one of Wulff’s closest friends contacted Light in the Attic, saying that he had seen Wulff the previous year near his home.

After 48 hours of fruitless searching, two employees of the label walked by a small café. Sitting out front, dressed entirely in white and sipping a latte, was Randall Wulff.

Wulff took wistful looks at the reissued copies of “L’Amour” the employees had brought him, but declined to keep both the albums, and the royalty check they offered him from the sales. Though he allowed a photograph to be taken, he asked politely that they blur out the background, so his location would not be revealed.

Saying that he had no interest in any financial gain from the albums, he kindly wished the employees all the best with the reissues.

Randall Wulff’s music may not be “scary” necessarily. But it is truly from another planet, the deeply emotional and spiritual outpourings of a man who merely wanted to cleanse himself of his private heartache. When you think of how anonymous and mysterious he wishes to remain, you can imagine yourself listening to a ghost, someone who wants desperately to be heard and understood, but not seen.