UMass places limit on guest policy in anticipation of Halloween 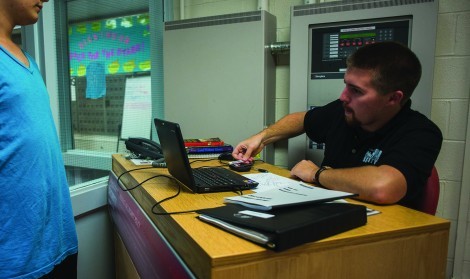 The University of Massachusetts is continuing its policy of implementing restrictions on the number of guests allowed in dormitories across campus in anticipation of a lively Halloween weekend.

The restrictions, which allow the standard four visitors but limits dorm residents to hosting two non-UMass guests, are identical to the policy implemented for the most recent homecoming weekend.

The University’s practice of altering its guest policies in anticipation of high-traffic weekends extends back to the aftermath of celebrations following the 2013 World Series, 2015 Super Bowl and infamous Blarney Blowout of March 2014.

The University reserves the right to alter its guest policies for all of its campus dormitories but some students believe that a decision to order encompassing restrictions shouldn’t be made without hearing from the individuals it affects.

“I think it is a little ridiculous,” Cillian Clinton, a junior hospitality and tourism management major said. “Not everyone will be partying. Some people may have family up for the weekend.”

UMass banned all guests for the most recent Super Bowl Sunday and used the same policy for Blarney Blowout weekend this past March.

The policy to limit guests during high-volume weekends was shaped by the recommendations within the Davis Report, written by former Boston Police Commissioner Ed Davis. The report commissioned by The University following Blarney 2014 identified non-UMass students as a significant contributor to the disturbances that took place throughout that weekend.

Joe Khoury, a business major who now lives off-campus, described the policies as presumptuous and believed UMass’ administration should listen to the opinions of its students.

“I do think that students can be reckless but there should be limitations on how they’re able to change their guest policies,” Khoury said. “We shouldn’t be paying for old mistakes, during a lot of other events students have shown that they can be calm.”

Stephanie Caljouw, a senior nutrition major who lives in the John Adams dormitory, said she wasn’t personally affected by the change but she may be a minority in that sense.

“People probably already made plans so I think we should be able to have the normal amount of guests,” Caljouw said.

Christian Putre, a freshman who lives in Orchard Hill, thought the University acted within reason but felt the administration could have handled it better.

“I think the decision is fair but they should provide more warning next time and actually talk to students,” he said

Hannah French, a resident of Kennedy Hall, said she supported the policy.

“I think it’s reasonable because so there won’t be too many people.”

Clinton, a hospitality major who lives in the North Apartments, felt the University should consider who is affected by these sweeping policies.

Brendan Deady can be reached at bdeady @umass.edu