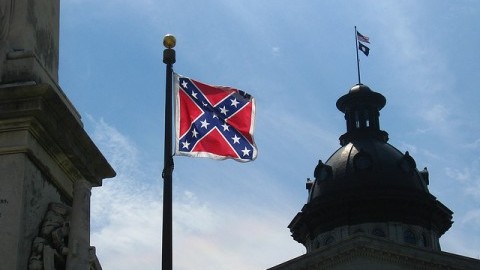 While engaging in a passionate conversation with my friend at Franklin Dining Hall a couple of weeks ago, the discussion quickly turned from Janet Yellen’s lecture at UMass to that of race in both the United States and on college campuses.

My friend and I tried to tackle why talk of racism in the media seems sparse, and why national commentators and political figures do anything but tackle race head on. In fact, the two of us came to the tragic conclusion that it is unfortunately the opposite of what permeates our culture. Talk of racism on the national level only seems to occur when a monumental incident takes place. Incidents such as the shooting in Charleston, South Carolina, or the death of Michael Brown and Eric Garner – instances that clearly involved race.

But the culture of “Hands up don’t shoot” and “I can’t breathe” continues to exist in different forms even if the issue is not ignited by law enforcement. Mike and I then came to understand that the result of only discussing race in the context of national news headlines has permitted racism to go underground and be largely accepted by the surrounding community. This has made it socially acceptable for people to jokingly mock the state of race in America saying things such as, ‘everything is racist’ or ‘then again I probably shouldn’t say that because someone is going to call me a racist.’ Racism means less and less to people because they feel that the race card is constantly being played, where there is always someone to go after and there is always a victim. This line of thought delegitimizes what it means to be a racist. Then again, even that term is still somehow unclear in the minds of so many Americans.

Following the shooting in Charleston, South Carolina that killed nine people, all of whom were black, the South Carolina State legislature voted to remove the Confederate Flag from its capital grounds. Despite the tragedy that sparked the conversation, the issue became a national one, igniting huge amounts of controversy. The fact that nine people had to be murdered in order for a racist flag to come down is despicable. The idea that taking down such a flag would be hugely controversial and therefore a big deal in the eyes of the public is a testament to our country’s continued intolerance.

This past week, Rupert Murdoch made comments suggesting that Obama wasn’t black enough, and how we could find a real black president in Ben Carson.

The GOP’s problem with Obama has always been that he’s not black enough. Thankfully they have never taken issue with the fact that he is black to begin with.

There are more African-Americans in prison now than were enslaved in 1860. African-Americans born today have a 33 percent higher chance of being incarcerated than that of their white counterparts. These statistics are true are borne out of a culture of mass incarceration that specifically targets people of color, and signify the continuing problem of racism in American society.

At the Golden Globe Awards this past year Tina Fey said that the film “Selma” was about, “the American civil rights movement that totally worked and now everything’s fine.” The joke was met with thunderous laughter. I hope I see the day where a joke like that eventually becomes a statement of truth and that the racism of today becomes the history of tomorrow.

Isaac Simon is a Daily Collegian Columnist. He can be reached at [email protected]