‘Burnt’ is a riveting must-see 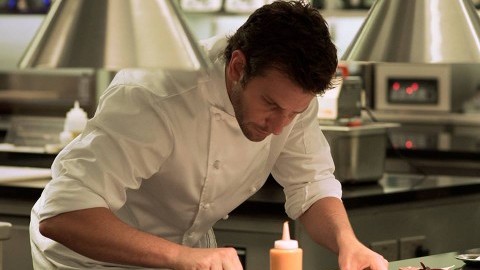 “Burnt” is riveting. The film explores the story of Adam Jones (Bradley Cooper), an American chef whose extraordinary abilities in the kitchen are known throughout Europe.

After fleeing a restaurant in Paris and traveling to London, Jones is in need of a kitchen in order to preserve his respected trade, but his unpredictable, often-volatile behavior makes him nearly impossible to work with.

In London, Jones convinces Tony (Daniel Brühl) to be the head chef of his restaurant at a time when he is out of options and in need of an experienced cook. Jones is on a mission, one that is anything but ordinary. He does not just want to run a kitchen that makes good food, he wants to run one that makes perfect meals.

He wants to serve dishes that make people stop eating, rather than make them want more. Jones’ ultimate goal is attaining a third Michelin culinary star. Throughout the entire film, Jones focuses on his quest to go from a two-star chef to a three-star chef.

Alongside Cooper is Helene (Sienna Miller), a single mother who is hired, fired and then hired again by Jones. The two actors reunite in this film after working side by side in Clint Eastwood’s “American Sniper.” Jones – along with all the chefs that work in his kitchen under his guidance –tests Helene, pushing her to the brink of exhaustion and forcing her to put the professional before her personal.

As the film went on, there’s a sense of romantic entanglement. The sexual tension at certain points becomes too palpable, too obvious. As spectators, we inevitably wait for something to happen. The two make amends twice, but there is little romance between them.

Behind the scenes, amid the hectic environment of the restaurant, Jones is motivated to do anything to escape his drug and alcohol-addled past. He achieves this by dictating and lashing out at others, throwing away plate after plate of food and accepting nothing less than perfection. He is a control freak, a zealot willing to do anything to achieve his goal.

In “Burnt,” the viewer also sees a chef who breaks promises. In the beginning, he vows never to appear in talk shows and cook on live television. Yet 45 minutes in, he agrees to do one, presenting himself as a chef who is eager to cook in front of a camera.

When he tells Helene that she cannot have the day off for her daughter’s birthday, she complies. When she brings her daughter to the restaurant that day, Tony storms into the kitchen demanding that Jones bake a cake. After initially saying no, he changes his mind only to have the small child tell Jones that he has tried better.

Though this is a relatively insignificant scene in the film, the non-diegetic sound coupled with Jones’ facial expressions bring a sentimental element to the screen. Arguably, this is the first and only time Jones is confronted by someone outside his regular element.

It is here that he is forced to impress someone who he thought had little or no expectations. He is not cooking for Michelin, the French ratings company that will ruin or remake his culinary career. He is cooking for a little girl, one that tells him that he has missed his mark.

Even though there is resolution and a feeling of satisfaction as the film concludes, the majority of the film is grim and depressing. Jones is always on a quest for something he knows he deserves while everyone else is taking orders. Jones owes a large sum of money to European drug dealers, who at two different occasions confront him about his debts. Again, by having these physical altercations we see Jones visibly struggling to escape an element of his past.

Given the range of roles Cooper has played, this one falls somewhere in the middle of the emotional spectrum. He is no stranger to playing tortured characters, nor at any point does he ever take the opportunity to overact. With “Burnt,” we see Cooper as an angry and obsessed chef who does things like forcing fellow chefs to apologize to the food, and not to him.

It becomes clear that Jones is as much power hungry as he wants to become a better chef. As the film goes on Jones learns to better himself while his fellow chefs also learn to improve themselves. While watching, I came away with how intense the inside of a kitchen can be.