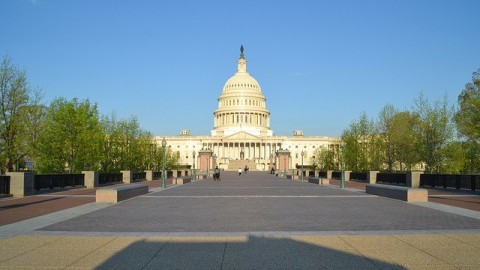 The present state of American politics is overwhelmingly divided along party lines, and Americans often blame their elected leaders for this divide. This makes sense: how else could Hillary Clinton claim to a room full of people that the career enemy she’s most proud to have is the Republican party, an entity that roughly half of the country identifies with? How else could Mitt Romney famously denounce 47 percent of the American people as an electorate he does not need, and therefore will not seek?

The president of the United States is ideally supposed to be the president of the entire United States, in the same way that a Massachusetts senator represents the entire Commonwealth and in the same way that the mayor of Boston serves the people of Boston. Contenders for offices like these should not receive massive acclaim for polarizing remarks, but they often do not suffer overwhelming drawbacks from them.

Politicians are put in power by an electoral process. If you have a problem with a politician, then you also have a problem with your fellow citizens that put them in the seat of power. The citizens of this republic are just as responsible for its disunity as their elected leaders, but that disunity is often expressed as a recent problem. How did we get here? Why can no one compromise anymore?

If you are familiar with statistics, then you have heard of the “long tail” phenomenon. This describes the usual distribution of results from a study or survey, and it can best be understood with an example. You conduct a survey on paper, ask 100 people what their favorite color was, sort like responses into piles, and arrange the piles by height. The responses for more popular colors, like red, blue, yellow, etc. would comprise the larger piles, but more obscure colors, like magenta, turquoise and Crayola’s “macaroni and cheese” would comprise the smaller ones.

The tall piles of responses are called the “head” and consist of the most popular responses, but the many small piles of obscure responses is what makes up “the long tail.” Hypothetically, if you were using this survey to develop rain boots, you would definitely market them in the popular colors of the “head,” but if only one consumer wants you to produce “macaroni and cheese”-colored rain boots, common sense says you’ll pass, since it’s not profitable.

Apply this concept to American politics and media. In an ideal world where selling news is like selling rain boots, news executives would want to cover stories in a way that seemed un-skewed and divorced from policy agendas. They would want to feature multiple guests that could cover a story from multiple angles. Why would any mainstream media outlet pander to fringe, absolutist, or divisive interpretations of events? There would be nothing to gain from it. Merely a generation ago, this was the conventional wisdom of the mainstream media.

The Federal Communications Commission required from 1949 to 1987 that holders of a broadcasting license give fair airing of contrasting opinions on matters of public importance. Walter Cronkite, during his long tenure throughout the 1960s and 70s as the leading anchor for “CBS Evening News,” was often referred to as “the most trusted man in America.” The television was how the public interacted with the issues. Now that is not the case.

Now that Americans have the ability to consume and reproduce media through networks like Facebook and Twitter, the mantle of “the most trusted man in America” has been split among many niche personas. Some say Jon Stewart, others say Bill O’Reilly, despite their divergent views. You can, if you like, subscribe to their pages and receive your entire interpretation of the world from a source you are comfortable with.

Some people take this immense trust in fringe news sources a step further and subscribe to pages like “Being Liberal,” “Right Wing News” and other sources whose very titles openly admit their biased interpretation of facts. Once you do this, services like Twitter and Facebook will suggest even more similar pages to subscribe to.

This is how the “long tail” became relevant in American politics. A conventional interpretation of facts has been shortchanged in favor of romanticized, fringe tastes that can easily be shared and spread through the use of the Internet. Each consumer of media has their own customized news feed that only echoes or reinforces what they already believe, and the result is a public with very specific interpretations of how policy should work with little room for compromise. And then they vote.

The other party, Mrs. Clinton, despite how much you disagree with them, is not your enemy. The other party, Mr. Romney, despite their calls for a more generous social safety net, is not chronically entitled. If American citizens continue to favor immature, hyperbolic media that is comfortable with these severe and sweeping generalizations, what will eventually become of the United States of America?