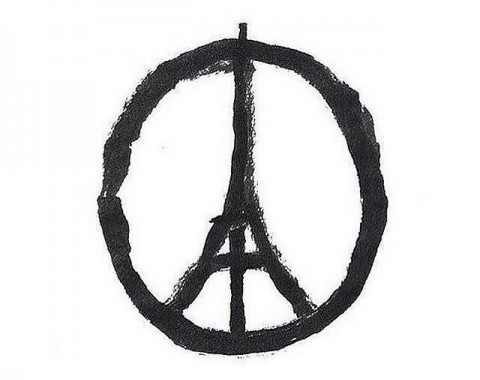 I sit down to write this column the day after a series of terrorist attacks throughout the city of Paris have claimed the lives of more than 120 people and wounded hundreds more. I usually write on science, popular culture and technology, all of which are areas of personal interest. However, each time I tried to rack my brain for potential topics, I found myself coming back, again and again, to the unspeakable violence and loss that is currently wracking the hearts of the European population. I find it impossible to concentrate on the things that normally interest me. How important is the latest operating system or astronomic discovery when Paris is gripped by its greatest violent crisis since World War II?

The tragedy has dominated my brain – like a cloud of fog or static on the radio, it has made it impossible to do or think about anything else. Disasters always do – they carry an obsessive priority, a demand to be thought about and processed that impedes everyday life.  I admit that I am well outside of my traditional “comfort zone” – I’m sure that others who know much more than me about religion and politics will write columns much better and more thought-out than this one. However, whenever I find myself with a head full of thoughts that I can’t ignore, I find the most helpful thing to do is to write them out.

As I scour the internet for updates, like I have been since first hearing about the attacks, I notice displays of solidarity in all shapes and sizes. Reddit, which ran a live blog and served as a digital forum for those affected as the attacks were still in progress, had its mascot Snoo hold a French flag. YouTube did the same with the red play button in its logo. Facebook presented an option for users to overlay the French flag over their profile pictures in support.

To be honest, I have never really understood the purpose of these gestures, up to this point. Like many others, I held the opinion that changing one’s profile picture exemplified the trend of “slacktivism” that affects our generation: people exploiting the suffering of others for social media capital. From the Supreme Court’s decision on gay marriage to the earthquake in Nepal, I questioned the benefit of something so simple and inconsequential and wondered how it could make any real difference in the face of such devastating loss. This tragedy, however, was different.

When I first heard the news of widespread bombings and shootings in Paris, my thoughts immediately flew to several of my friends and acquaintances studying abroad in France. Concerned for their well-being and safety, I took to Facebook, which recently implemented a feature in which people can mark themselves “safe” in widespread emergencies. Over the hours, they each posted statuses declaring that they were shaken but unharmed. Without hesitation or a second thought, I “liked” each one.

I think that knowing people who were personally affected by the attacks has given me a new perspective on how social media affects our response to this type of disaster. I’m sure that many people are already criticizing those who change their profile pictures,or companies that make similar announcements in the name of capitalizing on sympathy. Politicians have already started wheeling the atrocity for political points. But I think the impulse to change one’s profile picture, tweet with the hashtag #PrayForParis or Instagram a drawing of the Eiffel Tower comes from a place of compassion, not of any perceived benefit. It comes from the same place as my “like” on my friend’s Facebook post, a place of, “I’m glad you’re okay.”

Terrible events like these have a way of dominating our experience. They have a way of numbing the senses and blocking the brain, of making us experience them and contemplate them over and over again. They have a way of making us feel isolated, detached and alone. But the one positive thing about tragedy is that different people have different ways of coping. Some people can just think about it by themselves for a while, then move on. Some people write about it – like me. But many individuals deal with the influence of tragedy together, with other people. Sure, a Facebook “like” or an Instagram post can be vapid and meaningless – but it can also be just a digital way to say, “I care about you.” And if my “like” or post can help my friend feel even a little better, was it truly meaningless?