The ‘integrity of the shield’ 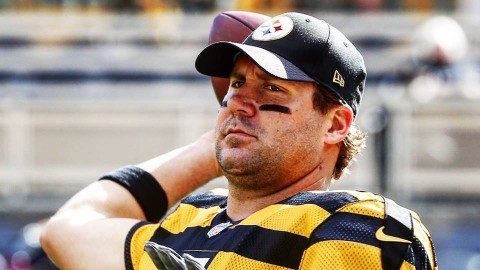 The NFL has a serious off-the-field violence issue and the Commissioner’s office and team executives aren’t doing enough to combat this problem. As I lay in bed in early October with my phone, I scrolled across a USA Today article. “September was the first calendar month no NFL players were arrested in six years,” read the title. “Six years,” I said out loud, prompting a “what?” from my roommate. “It’s been 72 months since there was a month without an arrest in the NFL.”  This article will focus on the times the NFL dropped the ball with violent offenders and failed to uphold the “integrity of the shield” as Commissioner Roger Goodell so proudly attempts to do.

Let’s take this back to an incident with star NFL wide receiver, Marvin Harrison. On April 29, 2008, a drug dealer in Philadelphia, Dwight Dixon, was shot at outside Harrison’s business, Chuckie’s Garage.  Earlier in the day Dixon and Harrison had allegedly been in a fight, and by the end of the day Dixon claimed Harrison had shot him with two guns. Dixon sued Harrison and the Philadelphia District Attorney said one of Harrison’s guns was fired on April 29, but there was no sufficient evidence to say who shot it. The DA elected to not pursue charges due to controversial witness statements. Dixon was shot again by a mystery gunman, who he thought was Harrison, and died in a hospital in September of 2009. Harrison went on to play the 2008-09 season as his last season in the NFL with no investigation into player conduct or suspension by the Commissioner. A good old case of “too famous to be held accountable.”

Let’s time travel to July 2009 in Lake Tahoe, Nevada. Pittsburgh Steelers star quarterback Ben Roethlisberger was accused of sexually assaulting a woman in his hotel room. The judge ruled there wasn’t sufficient evidence to charge Roethlisberger, so no investigation for physical evidence took place. In December of 2011, all parties agreed that the case should be thrown out, with many questions still left unanswered. In 2010, Roethlisberger was again accused of sexually assaulting a college woman at a bar in Georgia. Allegedly, Roethlisberger followed this woman into the bathroom and assaulted her. The case was, yet again, thrown out based on insufficient evidence, but the woman also agreed that a criminal trial would make things with the media worse for her.

There were two cases within two years and Roethlisberger was suspended by the NFL for the first six games of the 2010-2011 season. Months later, before the season began, Commissioner Goodell repealed the suspension and gave Roethlisberger four games instead of six because Roethlisberger had supposedly turned his life around. This decision sends a message to the rest of the league and its fans that if you’re a star, you’re untouchable, rendering the assault of any victims less important than the athlete. In both the Roethlisberger and Harrison cases there is ample evidence of witnesses being afraid of the athletes who committed the crimes. It’s the league’s job to hold these people accountable when the law won’t due to their fame.

In the past year, things have only been worse for the NFL. Adrian Peterson was charged with beating his child with a stick and was on the commissioner’s exempt list for a year, but received no jail time and was still paid for all of last season. Ray Rice was suspended originally only a mere two games for beating his wife unconscious in an elevator. Two games is less than the standard four games for violating the substance abuse policy of the NFL, which still includes marijuana as an illegal substance. The commissioner, due to pressure from the public, changed Rice’s suspension to indefinite and instituted a new policy for domestic violence abusers. Now there is a mandatory suspension without pay for six games for the first offense of domestic violence and a life ban for the second offense.

It’s 2015, folks, and the first NFL policy made to hand out suspensions for domestic violence came in 1997.  This is way past due. Everything the NFL seems to do in response to violence is never preemptive. Never has the NFL led the way for conduct policy and investigation, and that needs to happen for the shield’s integrity to truly be protected. Yes, the NFL had no arrests in September after 72 months, but these are only a few cases that were botched by the NFL. This past year alone should make the Commissioner scared for his league, and hopefully make him truthfully act in advance to prevent these kinds of issues and prevent the fear-mongering faced by witnesses and victims of athletes’ crimes.