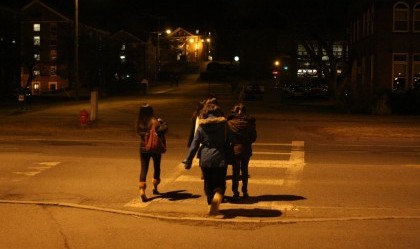 A University of Massachusetts student suffered an injury Monday evening after being struck by a vehicle on University Drive, a UMass spokesperson confirmed Tuesday morning.

Hannah Wilson was struck in a crosswalk by a vehicle driven by 74-year-old Don Levine, a faculty member of the comparative literature deparment, at 6 p.m., according to UMass spokesperson Ed Blaguszewski. The student suffered non-life threatening neck and head injuries, Blaguszewski told the Collegian, and there was no update on her condition as of Wednesday night but she is expected to make a full recovery.

Amherst fire chief Walter Nelson said the woman was taken to Baystate Medical Center in Springfield as a precaution, according to the Daily Hampshire Gazette.

The portion of University Drive between Amity Street and Massachusetts Avenue was closed for investigation until 10 p.m., Blaguszewski told the Gazette.

Levine was cited for failure to stop for a pedestrian in a crosswalk.