A look back at Van Morrison’s “Astral Weeks” 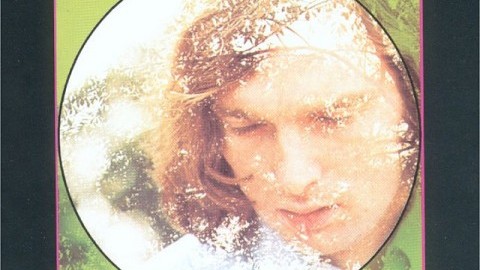 When I turned my attention to the recent, Oct. 30 reissue of Van Morrison’s 1968 masterpiece, “Astral Weeks,” I figured that this multi-tasking would be easier than usual. Here was an album that has dazzled me since childhood, one that I’ve consistently returned to and dissected during times both good and bad. I figured that, to write about it, I could do anything I needed to, while simply letting this warmly familiar, emotional behemoth of a record wash over me.

But as I did readings on the brutal civil war in Syria, or looked at articles about Donald Trump mocking physically disabled reporters, I stumbled upon an unbearable cognitive dissonance.

The world Van Morrison creates on “Astral Weeks,” while grounded in astonishingly vivid lyricism, has no place in anyone’s present reality. To fully understand its parallel universe, one where you can see the full humanity of each character Morrison so beautifully sketches, and genres are blurred to the point where they cease existing, is to temporarily disconnect yourself from the world you know.

From the album’s unforgettable opening lines, where Morrison cries “If I ventured in the slipstream/between the viaducts of your dream/where immobile steel rims crack/and the ditch in the back road stops,” the listener is faced with a fork in the road. As Morrison pleads, urgently asking, “could you find me?,” they can either commit wholeheartedly, and take a leap of faith with him, or wait.

But, as “Astral Weeks”’ opening, title track rolls along for seven staggering minutes, with Jay Berliner’s classical guitar leads and Richard Davis’ bass lines impeccably circling Morrison’s jaw-dropping vocal performance, it becomes apparent that there’s no sitting on the fence with this record. After that opening salvo, the best option is to sit back and let Morrison guide you through a setting that only he seems to truly understand.

From there, “Astral Weeks” is a blur. “Beside You” is agonizing: an unmoored, tortured ballad that takes you through a dream-like environment beset by rain. There’s “the road so dark and narrow,” or “the diamond-studded highway where you wander,” and the fact that the song takes place “just before the Sunday six-bells chime,” but little more than that.

Morrison seems overwhelmed, belting out and holding the “I” in “beside you,” while emphasizing the “never” on “to never never never wonder why at all.” Then, as if recognizing the gut-wrenching emotional depths of “Beside You,” Morrison turns on a dime and presents the breathtaking “Sweet Thing.”

An up-tempo, fantastical swing led by Davis’ melodic, restless double bass and Morrison’s frantic acoustic strumming, the song tosses you headfirst into a whirlwind romance that, in a recurring theme of “Astral Weeks,” never resolves itself.

As you wait on a resolution that never arrives, “Cyprus Avenue” gracefully unfurls. An ode to Morrison’s youth in Belfast, “Cyprus Avenue” overflows with yearning and indecision. “My tongue gets tied/every time I try to speak/and my inside shakes just like a leaf on a tree,” Morrison painstakingly sings, intentionally stumbling on the “tied” to punctuate the song’s definitive emotional map of adolescence.

While the soul-infused “The Way Young Lovers Do” mostly serves as a forecast to the sound Morrison would take to great commercial heights on his 1970 album, “Moondance,” it serves as a perfect bridge to the album’s centerpiece, the ten-minute “Madame George.”

“Madame George” fuses everything Morrison has presented to this point into slow-festering musical and emotional storm. Morrison immediately returns to Cyprus Avenue, while also gliding through other Belfast locales like the Sandy Row neighborhood. Though Morrison paints the song’s titular character as “in the corner playing dominoes in drag” or dramatically leaping up and saying “Lord have mercy I think it’s the cops,” or reminding you that you forgot your gloves “as you’re about to leave,” the character remains an outline.

Before you can get a sense of who Madame George is, Morrison implores you to “get on the train” and “say goodbye,” as the song, an equally fascinating and baffling dream that you don’t want to end, fades into the fog.

“Ballerina,” lyrically, is one of “Astral Weeks”’ more conventional moments, with Morrison using more digestible metaphors. But even then, Morrison’s pleas to “step right up,” with Morrison dramatically holding out the “I” in “right,” burst with near-desperation. Though a masterpiece in itself, “Ballerina” beautifully sets up “Slim Slow Slider,” “Astral Weeks”’ final puzzle.

Morrison’s fingerpicking blends perfectly with Davis’ final, extraordinary performance on double bass. Like Madame George, the object of Morrison’s desire on “Slim Slow Slider” is a fascinating sketch that never comes fully to light, even to the creator himself.

“Saw you early this morning/with your brand new boy and your Cadillac,” he sings without bitterness, before declaring “you’re gone for something/and I know you won’t be back.” Over John Payne’s sublime saxophone lines, Morrison ends the album with both clarity and indecision: “I know you’re dying/And I know you know it too/Every time I see you/I just don’t know what to do.”

It’s hard to figure out exactly what just occurred not only on “Slim Slow Slider,” but on “Astral Weeks” as a whole. As the final notes from Morrison and Payne fade away, that wormhole into Morrison’s reality closes up. People have tried to classify and make sense of “Astral Weeks” since its release almost half a century ago, but to spend too much time trying to categorize it would be a great mistake.

In pop music, and even in Morrison’s own career, it’s an entity with no parallel. It has an otherworldly energy that’s difficult to put into words, but one that has not aged a single day since 1968.