Around the world: Tensions mount between Russia, Turkey 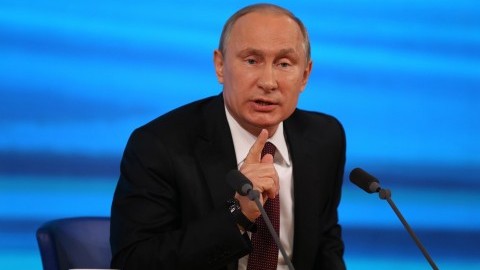 Editor’s note: Every Friday, the Collegian will publish “Around the world,” a weekly series focused on delivering quick-hitting international news from the past week. This is the first installment of the series.

Russia claimed Wednesday that it has proof that Turkey is trading oil with the Islamic State, adding another layer to a recent rise in tensions between the two countries. The claim comes after Turkey shot down a Russian jet near the Syrian-Turkish border on Nov. 24, a move that Russian president Vladimir Putin described as a “stab in the back.” CNN reported that Turkish president Recep Tayyip Erdogan said he will resign if the oil allegations prove to be true. The back-and-forth arises during a time when many are wondering whether the tension between Russia and Turkey will have ramifications in Syria.

What’s Syria’s role in all of this? Read more here.

After a heated 10-hour debate Wednesday, the Members of Parliament authorized airstrikes against the Islamic State in Syria. Only a few hours after that, the British Ministry of Defense confirmed that “RAF Tornadoes [had] just returned from their first offensive operation over Syria and [had] conducted strikes.” Prime Minister David Cameron had proposed this idea of using aerial reinforcement against IS, insisting it was for the benefit and safety of Syrians and Brits alike. The final votes resulted in 397 MPs in favor for airstrikes in Syria and 223 MPs against them.

See what both sides had to say in the debate leading to the decision.

Cuba reintroduced sanctions that will keep its doctors from leaving and seeking employment in other countries Tuesday. Cuban doctors must now apply for a special work permit that allows them to go abroad as opposed to simply leaving like they once could. This action is highly opposed, as Cuban doctors cite “low pay, poor working conditions and the possibility of well-compensated jobs in other countries as their primary reasons for emigrating,” according to the Associated Press. The decision to reinstate the policy came after the United States and Cuba discussed the incredibly high levels of Cuban migrants from their homeland.

Here’s more on the issue’s history and future.

The North American Treaty Organization (NATO) has extended an invitation to Montenegro, marking the first expansion of the alliance in six years. The decision has further driven a wedge between Russia and NATO, though, as Russia had already warned against eastward expansion. The situation is further complicated when it is taken into account that Turkey, one of Russia’s biggest adversaries at the moment, is a member of NATO as well. The rapidly escalating tensions have been noted and are not taken lightly, especially since president Putin’s spokesman, Dmitry Peskov, mentioned that the expansion would “result in retaliatory actions from the east,” although not divulging what those actions might be.

Check out this link for a more in-depth account of what’s happening.

A special Cameroon military operation that freed 900 hostages also killed 100 IS-affiliated Boko Haram Militants, according to the AFP news agency. The operation was carried out some time between Nov. 26-28. Boko Haram has posed a constant threat to the citizens of Chad, Cameroon, Nigeria, Niger, and Benin for several years, growing increasingly violent after 2009. BBC reports that these countries have joined forces to take back territory Boko Haram has seized from them.

Keep up with the aftermath of the operation.

Sabrina Negron can be reached at [email protected]