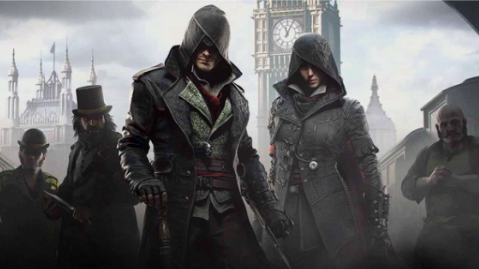 That being said, “Assassin’s Creed” has gone a bit off my radar in gaming these past few years. When “Assassin’s Creed Syndicate” was released in late October of 2015, I decided to give the series’ ninth major console game a chance.

“Assassin’s Creed Syndicate” gives us twin protagonists in Jacob and Evie Frye. For the first time in franchise history, the player has the choice to switch back and forth between the two characters. I am a big fan of this feature, and find it even more intriguing when Evie assassinates somebody in cold blood.

I’m no history guru, but appreciate the chronological journey through history that has been uniform throughout the series. In this game we see familiar faces that many of us have learned in high school history classes. We get to assassinate David Brewster, go on a ghost hunt with Charles Dickens, and blow up a lab with Charles Darwin.

“Assassin’s Creed Syndicate” displays a modernization in technology correlative to the changing times. The zip line, similar to the batclaw in Batman’s “Arkham” series, is a feature that allows characters to quickly get out of tricky situations. This tool is extremely useful for escaping undetected after pulling off a big assassination. The zip line also takes the players on train rides across the city, as opposed to traveling on foot or by horse in previous additions.

As a cut scene enthusiast, I’m happy to watch a twenty minute cut scene if I am getting a fantastic story out of it. Unfortunately, “Syndicate’s” cut scenes just had me confused and wanting to know why I had to assassinate the people I was after. I feel like by putting more effort into the cut scenes, the final assassination would be much more satisfying.

Instead, the producers elected to pour more time into the story of “Assassin’s Creed Syndicate” which was beneficially received. This is the first time since “Assassin’s Creed Brotherhood” without a competitive multiplayer version.

The missions in the game become repetitive and tedious, though. The first two missions require infiltration of a lab to assassinate Rupert Ferris followed by David Brewster. Of course, you have to be stealthy enough so that you do alert any guards. I feel like the missions have been relatively the same and easily predictable for years.

The combat in the game has not changed all that much either, it reminds me of the likes of “Batman” or “Uncharted.” When spotted, several enemies come at once, resulting in a big battle that can get arduous at times. Although it may not be the fastest way to get through the game, stealthy assassinations are much more exciting than continuous combat skirmishes from a guard spotting one of the twins.

The graphics haven’t really made a crazy jump since the last instillations, but Ubisoft still does a great job creating eye popping graphics. Assassin’s Creed has been very consistent in this department, and Syndicate is no exception.