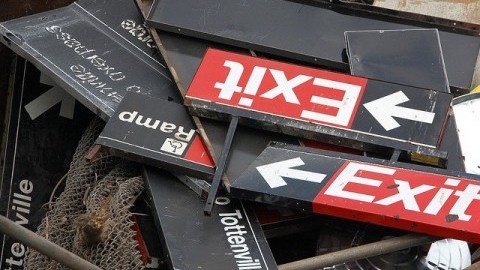 Who knew we could apply Sartre’s theory of existentialism and the depths of hell to social media?

This past weekend, the Mt. Holyoke Theatre Department performed Jean-Paul Sartre’s 1944 four-person play “No Exit” at Rooke Theatre. This one-act, one-hour, student-performed play was arguably the clearest metaphor for existentialism, a philosophy popularized by Sartre and Camus in 1940s France. It proposes that the individual is capable of freeing their own will from others’ expectations.

Although the play follows Sartre’s script, which does not imagine any of today’s technology, Sartre’s idea of the self as defined by others is applicable to the motives of social media.

The director, Laura Donovan, challenges the audience to consider Sartre’s message in the context of their own lives, using memorable lines such as, “I’m going to smile, and my smile will sink down into your pupils, and heaven knows what it will become.”

The stage is Sartre’s “drawing room,” a windowless, mirror-less room in Hell. Within this room are three chairs and an abstruse centerpiece of pipes stretching in every direction. The drawing room exemplifies how the three “damned” characters illustrate one another, defining the outlines of their being within a blank, confined space as limited as their own minds.

This interpretation of “No Exit” was powerfully executed with emotionally charged acting and colorful, arresting lights and a fast-clicking noise heard throughout the play. This fast-clicking sound is similar to a computer’s mouse and keyboard, and occurs at each moment a character is defined through the perspective of another, intertwining Sartre’s philosophy with that of the twenty-first century’s – the individual is validated through each click within a confined screen much like the Sartre’s drawing room.

The increasing intensity synchronized between Joseph (Laakan McHardy), Inez (Jenny Daniels) and Estelle (Caledonia Wilson) is a preoccupied love and, therefore, hate for one another, demonstrating Sartre’s philosophy that other people are hell.

One by one the characters are introduced throughout the first 25 minutes of the play. The large door, resembling a mattress, roars open and a bright blue light pours into the white drawing room. Each of the three characters, damned to hell, walks around the steps and down into the room.

As they walk, they let out a menacing laugh unique to Donovan’s production, as laughter cues are absent from the original text. The frightening pitch of this laugh again arrests the audience toward the end of the play, when the characters understand that they have been brought to Hell, this absurdity, by the perspectives of one another. This laughter is one example of some of the distinctive tools used specifically by Donovan to portray Sartre’s existentialism.

Donovan also used dance as a captivating motif, further synchronizing each mind as it is folded between and defined by the other. Whenever there was dance, the lights changed to a neon color and the characters locked eyes with one another. One particularly moving configuration of dance was during Estelle’s daydream of waltzing with a man who has forgotten her since her death. Reddish spotlights gathered around Estelle as she glided around the room while Joseph and Inez looked on. “Carnivalse,” a piano solo by Canadian pianist Chilly Gonzales, is an archaic, creepy piece carefully selected by Donovan to invite the audience into Estelle’s retreat. Estelle’s lost space uses escape to extinguish Hell, yet, through desire and loss, empowered it for those mesmerized by her movement. Wilson’s graceful dance performance gripped the audience’s attention and, most evidently, herself.

The most powerful performance was Jenny Daniels as Inez. Covered in tattoos, baggy clothes and black makeup, she is dressed as a strong-willed, masculine female particularly contrasted against Wilson’s Estelle, a beautiful blonde woman from Paris who wears a sparkling blue dress and bright silver high-heels. Inez, in any adaptation, is the play’s most honest and dramatic character; Daniels fearlessly propelled her voice, foolishly danced around, and expressed in both her face and gestures an anger genuine to the character and to the complex lines she is prescribed: “I prefer to choose my Hell. I prefer to look you in the eyes and fight it out face to face.”

Next semester, Rooke Theatre will be staging “Fefu and Her Friends,” a play by Maria Irene Fornés, directed by Mount Holyoke student Noah Tuleja from Feb. 25-28. Tickets are sold at the Rooke Theatre box office. More information can be found at the Mount Holyoke Theatre Department website.