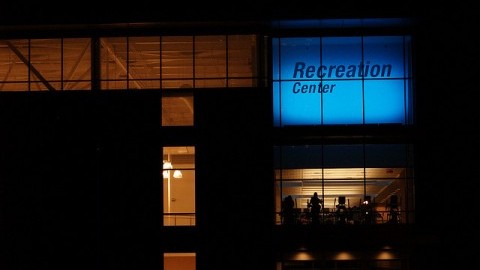 Nearly 1,500 people signed a petition last November asking for better communication from the University of Massachusetts athletic department and for more resources for club sports on campus. As the new semester opens this week, plans are being made for a meeting between the administration and students responsible for the petition.

“After the SGA presentation (of the petition), the timeline between Thanksgiving break and finals left very limited time for myself and all the appropriate administration to meet. We all agreed to start our conversations and meetings at the beginning of spring semester,” Mariah Hladick, president of Club Sports Council and senior journalism major with a sports concentration wrote in an email to the Massachusetts Daily Collegian. Hladick also serves as president of the women’s club volleyball team.

According to Daniel Fitzgibbons, associate director of news and media relations at UMass, “Athletics and Student Affairs are planning to meet on this issue after the beginning of the semester.” In his email, he added that no official date has been set but updates on any potential changes would be available following the discussion.

The petition itself requested that drafts for plans to address access issues specifically be made by Jan. 15. Neither Hladick or Fitzgibbons commented on whether that deadline was met.

As reported by the Daily Collegian in November, the petition was submitted to the Student Government Association after going viral. It followed in the wake of unannounced renovations to the Wrestling Room in Boyden Gymnasium that left about six clubs scrambling for practice space after the Brazilian Jiu Jitsu club arrived for practice to find mats being torn up in October. The Wrestling Room is being converted into a lounge for varsity student-athletes.

A 22-page document sent to the Daily Collegian by Hladick was cited in the petition and includes documentation of specific problems and complaints. In the document, the Club Sports Council makes note of issues occurring as early as 2013.

The petition gained support not just from club athletes and students on campus, but alumni and parents as well.

A 2014 email sent to John McCutcheon, athletic director at the time the message was sent, on behalf of the parents of club baseball players, read, “Our student-athletes comprise over an average of $750k in revenues to UMass annually. We actually pay for the field that Varsity plays on, we pay for its maintenance and we even contribute to all the scholarships that your Varsity athletes receive. We think that it would be in the best interest of the school to reconsider the club’s request.”

This message was among a number of email correspondences from parents, players and school officials alike included in the document cited by the petition.

UMass spokesperson Ed Blaguszewski said in a statement last semester that, “The athletic department and Student Affairs share the concerns of students to have access to facilities to support the wide range of activities and sports programs available to UMass Amherst students.”

Discussions between the parties about potential changes and improvements are scheduled to happen in the opening weeks of this semester.