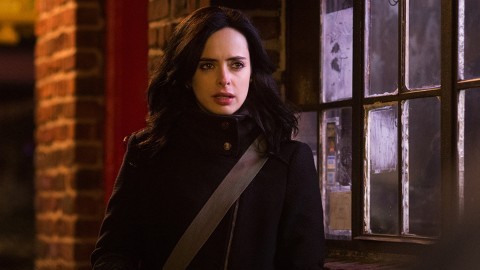 Following the debut of “Daredevil” last April, “Jessica Jones,” the second series produced in collaboration by Marvel and Netflix, has found similar success in using the world of superheroes as an unconventional narrative lens. With the help of a superb cast and adept writing, “Jessica Jones” deftly utilizes its setting to tell a deeply affecting story about abuse, sexual assault, survivorhood, guilt, closure and justice.

Premiering on the online streaming service Nov. 20, 2015, all 13 episodes of the first season were made available to viewers at once. The titular protagonist, played by Krysten Ritter, is a former superhero now running her own one-woman private investigation agency. Jones is also struggling to cope with the aftermath of an emotionally and sexually abusive relationship with Kilgrave (David Tennant), a mysterious and malevolent man with the power to compel anyone to do his bidding at the sound of his voice.

Jones’ trauma pervades her life months after she watched Kilgrave die and gained her freedom. It manifests in guilt, alienation, alcoholism and a desperate sense of moral obligation despite the arm’s length distance she keeps from everyone around her. The realism of Jones’ experience, and that of the many intertwining arcs on the show, forms the emotional core of the show.

“Jessica Jones” follows in the genre-tweaking footsteps of “Daredevil” by fusing superheroics with detective noir to explore the arduous, complicated experience of survivors of rape and abuse. This concept could easily backfire as clumsy attempts at metaphor, but is executed with nuance and empathy. In the hands of showrunner Melissa Rosenberg, “Jessica Jones” manages to speak to multiple experiences of abuse, sexual assault and trauma, without speaking for all survivors, by following Jones as she weaves through the stories of a multitude of characters.

Neither the mordant humor nor complicated relationships would undergird the series so effectively without a tremendous cast. Ritter is the perfect choice for Jones, a smart-mouthed, tough-as-nails P.I. whose superhuman strength underlies her continuing personal battle with a lingering sense of violation and vulnerability. Tennant is at once charming and sinister as Kilgrave, a manipulative, sociopathic predator with an explosive temper and no moral compunctions whatsoever about his own powers.

Strong performances round out the supporting cast. Rachael Taylor does notable work as Trish Walker, Jones’ best and perhaps only friend, and Carrie-Anne Moss is also compelling as Jeri Hogarth, a ruthless, high-powered attorney and one of Jones’ only allies. Mike Colter particularly stands out as Luke Cage, introduced in this series ahead of his own series from Marvel and Netflix in the coming year.

The rich talent of this cast makes possible the intricate narratives that continuously intersect and separate on the show. Their acting grounds the spectacle of the action and the darkness of the drama in moments of vulnerability. There is a hopefulness at the core of the story, formed by people deliberately making the choice to try to find meaning in one another, in circumstances of levity and tragedy alike. Ritter is engrossing and engaging as Jones, a person driven by a mixture of altruism, guilt and the dogged, almost talismanic belief that she can find her own resolution by helping others find theirs.

This series is an excellent meditation on the nature of violence and recovery. The keen, empathetic but unsparing acuity with which it examines the myriad experiences of trauma is both what makes it so compelling and so difficult to watch at times.

As it stands, “Jessica Jones” is a superb series, a stellar breath of fresh air in Marvel’s screen adaptation story universe. The complete first season of “Jessica Jones” is available to stream on Netflix, and when the recently announced second season follows, it will be well worth the wait.