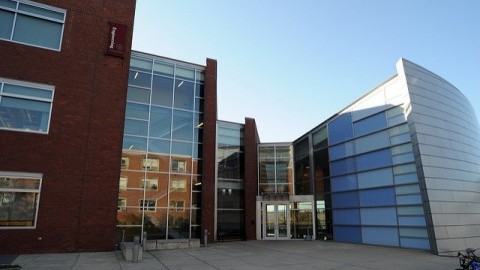 It has been illustrated as a common trend at many universities across the country: science, technology, engineering and mathematics departments are traditionally dominated by male students.

The University of Massachusetts is no exception. Based on figures from the National Center for Education Statistics, UMass features an average number of females in STEM majors.

For example, within the mathematics department, only about a third of the students are female. In engineering, only around 16 percent. By contrast, the most popular field for women is health professions with about 84 percent of students being female.

Although there is no proven fact for why this trend occurs, there are some possible ideas.

Sophomore mechanical engineering and applied mathematics double major Heer Patel shared her insight that perhaps this trend is due to events in history such as war. Patel explained that since most of the time women were nurses during wartime and the men who did not go to war were in charge of the sciences, perhaps this trend set a standard, as well as stereotypes that the modern world continues to follow.

Krista J. Gile, an assistant professor in the mathematics and statistics department, speculates that these standards were set due to the fact that when “people see others similar to themselves doing something, they are more likely to consider doing it themselves and more likely to believe they can succeed.”

For example, Gile continued, when women see other women in majors such as education, they may lean toward those majors themselves. Gile also shares that there are impacts such as “college professors, high school teachers, family friends and media representations” that affect the decisions of students.

Gile and Patel are two examples of women who have overcome the barrier of stereotypes. But they both agree that this did not come without some challenges.

“Sometimes I feel like I have to prove myself especially well because people might start from the assumption that, as a woman, I might not be good at something,” Gile said.

“Usually, once I get to know people and work with them, I forget about my gender and theirs,” she added.

Patel said she thinks people react differently when learning about her double major. Some give positive feedback and praise her, while others tend to convince her that these majors are not the best for her because of her gender.

Patel said she does not let the negativity get to her though.

“It doesn’t matter what people have to say because I enjoy doing it and it definitely feels great when at the end of the day, I know I can continue doing what I’m doing,” she said.

While there may be some negativity associated with women in traditionally male dominant fields, there are some ways that women are being encouraged to join these STEM majors.

UMass is starting a chapter of the Association for Women in Mathematics. This organization, along with other organizations on campus such as the UMass Society of Women Engineers, have all been established to provide women in STEM majors a safe, supportive environment.

In addition, scholarships, conferences, workshops, mentoring programs and travel grants for women in STEM majors exist through the AWM that can promote inspiration in the fields.

Chief undergraduate advisor for the department of mathematics and statistics Eric Sommers believes that this new organization will have a positive effect on campus. He explained that AWM can have a positive impact on men as well.

“For men in the chapter, the experience will educate them about issues facing women and other underrepresented groups in STEM,” Sommers said.

He added that “having the chapter at UMass alerts faculty that broadening participation in STEM is an important issue” and that having “more women PhD students and faculty in these disciplines (will help) establish role models for the next generation of students.”

Kristen Leonard can be reached at [email protected]