Armed assault suspect held without bail until at least Wednesday 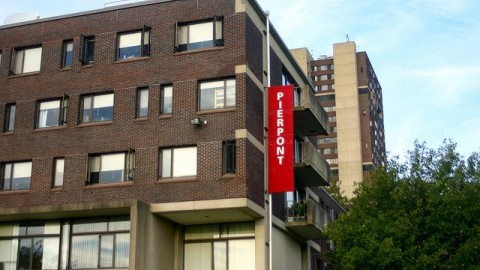 BELCHERTOWN – William McKeown, 19, of Framingham, was arraigned in Eastern Hampshire County District Court Monday morning on charges connected to the armed assault that took place at the University of Massachusetts last week.

Judge Robert Murphy presided over the hearing and ruled McKeown is to be held without bail until Wednesday when further bail proceedings are scheduled. According to MassLive, this decision followed an agreement between First Assistant Northwestern District Attorney Steven E. Gagne and McKeown’s attorney, Scott Busconi.

McKeown’s defense attorney said that he had yet to receive preliminary discovery and was working to get the documents from the assistant district attorney.

A Framingham court has also served McKeown with a probation violation.

McKeown has been charged with armed robbery, assault and battery, and assault with a dangerous weapon. UMPD issued a warrant for his arrest Friday morning and he turned himself into Framingham police custody later that afternoon.

McKeown was previously arraigned in Framingham District Court where a judge held McKeown without bail until he was brought before the court in Belchertown. McKeown was brought into the courtroom in handcuffs on Monday.

According to the Daily Hampshire Gazette, the criminal complaint against McKeown, written by UMass Police Detective Kevin Shaw, states that McKeown and a second man were allowed into Pierpont Hall by McKeown’s childhood friend and UMass student, Thursday evening. This was allegedly to sell marijuana to a second UMass student.

The complaint details a disagreement inside a door on the third floor of Pierpont and that the men went into the hallway near the elevator lobby where McKeown allegedly struck the student seeking to buy the drug in the head “with a hard object believed to be a gun.”

McKeown is not a UMass student.

UMPD continues to search for the second suspect.