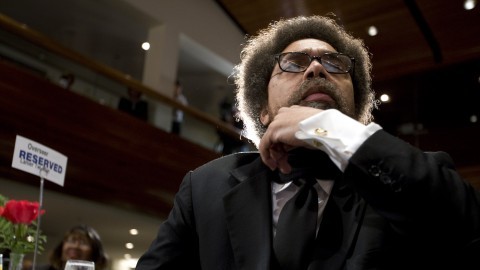 The Smith Association of Class Activists is hosting Cornel West, a social justice and civil rights activist, for a lecture Thursday at 7 p.m. at John M. Greene Hall, located on the Smith College campus.

West is described as one of the most prominent contemporary democratic intellectuals. He has published dozens of projects in film, literature and music that each span philosophy and political liberation.

In light of Black History Month, West will discuss several “themes/topics of racism, African-American history, Black spirituality, democracy and intersectional feminism” through the exploration of “the events of Ferguson, Baltimore (and) New York.” Additional topics to be discussed include police brutality, institutional racism, the prison-industrial complex and his experience as an activist, according to the event’s Facebook page.

West has been a recurrent guest on television talk shows like “The Colbert Report,” and “Real Time with Bill Maher,” and he has been interviewed on CNN. In addition, West was featured in “The Matrix Revolutions” and “The Matrix Reloaded” in 2003.

West has been praised by the New York Times for his “ferocious moral vision” and commended by Newsweek as “an elegant prophet with attitude.”

Among 20 published works by West are “Democracy Matters” and “Race Matters,” two successful books which each analyze the effects of racism on current American democracy. Within these works, as well as many others, West deeply examines and connects the beliefs of both black and white opinion on the country’s current racial crises and virtues.

West is currently a professor of philosophy and Christian practice at Union Theological Seminary, and is a professor emeritus at Princeton.

“Dr. West has a passion to invite a variety of people from all walks of life into his world of ideas in order to keep alive the legacy of Martin Luther King, Jr. – a legacy of telling the truth and bearing witness to love and justice,” his website states.

Thursday’s lecture is expected to last one hour and 20 minutes. It is free and open to the public.