Lack of representation the focus of 88th Academy Awards 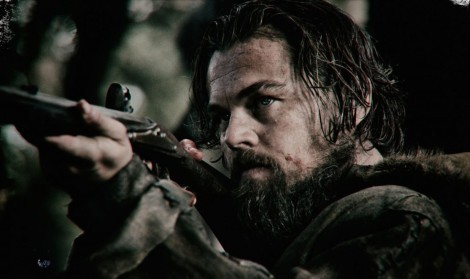 After a montage of clips from 2015’s biggest hits – featuring plenty of material not up for just recognition – actor and comedian Chris Rock took the stage to kick off the 88th annual Academy Awards.

Rock quickly addressed the glaringly white elephant in the room, acknowledging the fact that for the second year in a row, the Academy of Motion Picture Arts and Sciences has failed to nominate a single non-white actor or actress.

He welcomed the audience to the ceremony, the “White People’s Choice Awards,” as he jokingly referred. “If (The Academy) nominated hosts, I wouldn’t even get this job!” Rock said. In a confident opening monologue, he gave a sharp – if not entirely intersectional – critique of the lack of diversity in the Oscar nomination pool.

“If you’re a black actor, just getting the opportunity to be in a movie can be difficult,” Rock said. The cameras cut to a prepared parody reel of scenes from several Best Picture nominees, edited to include major black characters. Whoopi Goldberg played a frustrated janitor mopping who berates Jennifer Lawrence’s title character in “Joy.” As Joy struggles to present her Miracle Mop during an advertising shoot, Goldberg’s character says, “It’s not rocket science, it’s a mop.”

In another satirical clip, Leslie Jones took over roughhousing duties from the infamous bear that tore Hugh Glass (Leonardo DiCaprio) to frontiersman shreds in “The Revenant.” And Chris Rock himself replaced Matt Damon’s character in a sendup of “The Martian.” He played a character that Kristen Wiig and Jeff Daniels’ characters referred to only as “black astronaut,” before they began debating the merits of spending “millions of white dollars” to save him.

A subsequent scene of Tracy Morgan as the star of “The Danish Girl” struck a murkier note. The original film stands in questionable territory for its casting of Eddie Redmayne – a cisgender man – as the transgender woman Lili Elbe. It was unclear to me whether the clip was meant to spoof both the lack of racial and gender representation among the night’s potential winners.

Another notable bit of critique saw Angela Basset narrate a “Black History Month Minute” about an actor who had “broken barriers” and been “an inspiration to his people” at the Oscars, only to end the segment by recognizing Jack Black. And Rock led a later pre-filmed bit in which he asked mostly black moviegoers outside of a Compton, CA movie theater for their opinions on the whitewashed Best Picture, Actor and Actress nominee lists.

The ceremony made plenty of jabs like these at the lack of representation of black actors among those awarded at the Oscars. But the limitation on that focus is misguided. The issue of industry representation – especially within The Academy – is more nuanced than black and white.

Hollywood has more comprehensive work to do to ensure that black, Latino, Asian and Native American actors and actresses all receive the same level of acknowledgment as their white peers. April Reign’s #OscarsSoWhite hashtag, after all, refers to the dearth of all people of color in the Academy’s recognition.

Kevin Hart also took a minute as he presented one of the night’s awards to focus on the overlooked performances actors and actresses of color gave in the past year. “Let’s not let this negative issue of diversity beat us. Let’s do what we do best and work hard.”

The night’s winners provided both surprises and disappointments. Mark Rylance won Best Supporting Actor for his charming, if underwhelming performance in “Bridge of Spies,” an upset in a moment that would have given Mark Ruffalo well-deserved recognition for his compelling work in “Spotlight.”

Alicia Vikander won her first Oscar (Best Supporting Actress) for her performance in “The Danish Girl,” but I would have much rather seen her nominated and awarded for her chilling lead performance in last April’s sci-fi thriller “Ex Machina,” which got the gold for Best Visual Effects.

Brie Larson won her first Best Actress Oscar for “Room” – she gave an exceptional performance in the most harrowing film I saw within the last year. The equally wrenching “Amy,” about the tremendous and gone-too-soon singer Amy Winehouse, took home the award for Best Documentary feature.

Vice President Joe Biden delivered an introduction to Lady Gaga’s performance of “Til It Happens to You,” her Best Original Song nominee from sexual assault-focused documentary “The Hunting Ground.” He urged the audience to “take the pledge” to be active bystanders – an important message perhaps, but the true promise to end rape culture should be on individuals to not assail people.

Iñárritu and DiCaprio used their acceptance speeches to also offer some pressing messages. The director quoted a line from “The Revenant” to make a point about the continued need to push for racial equality. “They don’t listen to you. They just see the color of your skin.” He noted the importance of this opportunity “to really liberate ourselves from all prejudice… and make sure for once and forever that the color of our skin becomes as irrelevant as the length of our hair.”

DiCaprio gave an impassioned acceptance speech in which he noted the necessity to combat climate change seriously, since the damage wrought by it poses a threat to all and disproportionately affects those already marginalized.

Cheryl Boone Isaacs, the Academy president, gave an important message regarding the necessity to enact real change in the industry. She called on the entire audience to work toward bringing an accurate reflection of the diverse world to Hollywood and beyond.

That call couldn’t be more important. The Academy has rapidly approached irrelevance, and the night’s ceremony only reinforced the reputation that the Oscars are an archaic, self-important institution in dire need of revolution.