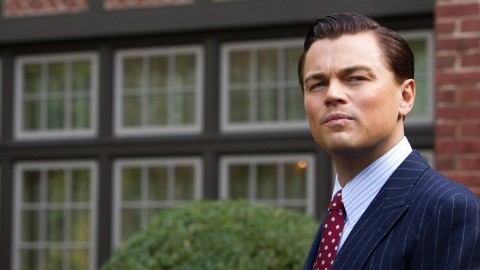 Like many other actors who come into the film industry with no personal connections, Leonardo DiCaprio’s career started off small. He appeared in many television commercials and shows, as well as educational films before getting his break on the big screen.

As a teen, he held parts in several shows including “Parenthood,” “The New Lassie,” and “Roseanne.” His short-lived part in “Parenthood” even led to his first award nomination, for a Young Artist Award for Best Young Actor Starring in a New Television Series.

Even though DiCaprio’s film debut was in 1991 through “Critters 3,” a sci-fi horror movie with a comedic twist, his big break didn’t come until 1992, when renowned actor Robert De Niro hand-picked DiCaprio for his role in the “This Boy’s Life.” In the film, DiCaprio played the stepson of Dwight Hansen (De Niro) and the son of Caroline Wolff Hansen (Tony Award winner Ellen Barkin).

In 1993, DiCaprio got the opportunity to co-star with none other than Johnny Depp in “What’s Eating Gilbert Grape.” Even though director Lasse Hallström thought DiCaprio was “too good-looking” for the part, he didn’t deny the actor’s talent. Not only was the film a huge financial success, but it also earned DiCaprio quite a bit of critical acclaim. Janet Maslin, a New York Times critic, wrote about DiCaprio: “The film’s real show-stopping turn comes from Mr. DiCaprio… (whose) performance has a sharp, desperate intensity from beginning to end.”

The film was also the first of five to earn DiCaprio an Academy Award nomination. Despite not winning the Oscar that year, he did manage to walk away with a National Board of Review Award as well as a Golden Globe nomination.

It’s an understatement to say that “What’s Eating Gilbert Grape” was a turning point in DiCaprio’s career, not only because it was the first of many successes in his acting career, but mainly because it was the first film that earned him any real recognition. Little was it known at the time that DiCaprio was simply beginning to pave the way for a long, successful career.

It’s understandable if these movies don’t often come to mind when thinking about DiCaprio. The classics more commonly associated with the actor’s career include “Romeo and Juliet,” “Titanic” and “Catch Me If You Can.”

This variety of films ranges from satire, to romance, to drama, respectively – and each was successful proving that DiCaprio is anything but a one-trick pony. DiCaprio also delivered laudable performances in more recent hits such as “Inception,” “J. Edgar,” “The Great Gatsby” and “The Wolf of Wall Street.”

“The Revenant,” featuring DiCaprio’s latest starring role, opened in theaters merely weeks ago. The Alejandro González Iñárritu-directed film received a lot of attention for its unique storyline and for DiCaprio’s acting.

It’s rare to come across another actor as flexible as DiCaprio. However, despite his excellent body of work, he has yet to receive an Academy Award.

DiCaprio himself has made it very open to the public the lengths he went to when working on “The Revenant.” Not only did the actor admit to eating raw bison liver instead of the pseudo-liver, he also detailed many other struggles that came with the film’s production – he had to sleep in animal carcasses and suffered from possible hypothermia during the shoot.

To say the least, if this level of dedication to his career doesn’t earn DiCaprio his long awaited Oscar, what will?

Jen Potluri can be reached at [email protected]