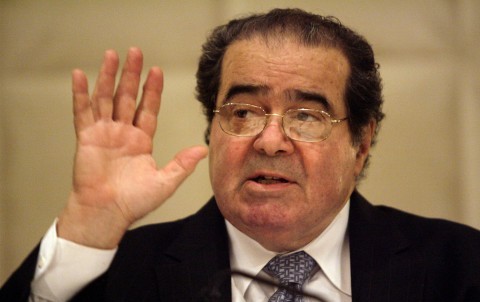 It didn’t take long for politicians and voters alike to poison the political discourse and politicize the death of Antonin Scalia, a maverick and conservative giant of the U.S. Supreme Court. U.S. Senator Elizabeth Warren in her Facebook post mentioned the “sudden death of Justice Scalia creates an immediate vacancy on the most important court in the United States.”  She continued by saying that Congress should honor its responsibility to the Constitution by overseeing a possible Scalia successor. There is a reason why people consider liberals to be coldhearted when it comes to individuals who held different views during their career and have passed away. I am sure that the congressional bloodbath to find and eventually appoint a successor is far from over.

It has become pretty clear that Republicans in Congress have rallied together in the hopes of blocking any potential nominee President Barack Obama comes up with. This makes the presidential election all the more important. For the first time in a long time, the American people will not only decide the presidency but also the makeup of the court. But before we debate more politics, let’s put that all aside and take time to remember a great justice of the court.

As the longest serving justice on the current court, Justice Scalia championed a constitutional philosophy known as originalism. This meant that he interpreted the constitution the way the founding generation intended the document to be understood. This has sparked controversy for Scalia both on and off the bench. Ruth Bader Ginsburg, a fellow Supreme Court justice and close confidant has said that to eliminate the Constitution’s evolution since its inception in 1787 is to disregard democratic progress. She has also said that to interpret the constitution in such a way doesn’t make any sense because we don’t live in the 18th century anymore. In the media, Scalia was often considered a counter revolutionary who used an overly political constitutional agenda to turn back some of this country’s most pivotal court cases.

I, much like Scalia, believe that to be non-sense. There is this notion that the Constitution is supposed to pioneer social change. The Constitution isn’t supposed to evolve it is suppose to endure. Ultimately there is a difference between progress and processing democratically. Change should never come easy.

Scalia was one of the best writers on the bench. Known to his friends and close colleagues as Nino, he often quoted Cole Porter and West Side Story in judicial opinions. In later years he traveled a lot promoting his judicial philosophy and warning others of the dangers of legislating from the bench, where justices will create amendments not found in the Constitution. He became known for defending a supposedly dead constitution because of how he railed against the idea of defending a living one.

More importantly he revolutionized how justices acted on the bench. During his tenor on the court, he asked more questions than any one of his colleagues. He also never let his political views interfere with a case. Contrary to what many members on the left might argue, Scalia’s judicial philosophy consisted of interpreting the document, with political views aside. For example, his view on abortion was that it wasn’t talked about at all in the constitution, and if people wanted to have a secure law guaranteeing a women’s right to an abortion, then pass a law; engage in the democratic process. In fact when it came to the issue of free speech he sided with liberal justices on the issue of flag burning. That is a perfect example of his constitutional responsibility going against his political convictions.

Most people have political views before they hold serious views on the constitution. Scalia understood that his law and order, hard-nose social conservatism could never impact his view on cases because he knew that he would never achieve an authentic constitutional interpretation.

President Obama was noble in his sincere remarks about the late justice. Justice Scalia was a patriot who did a service to this nation regardless of whether you agreed with him. It is extremely problematic if good justices and politicians are defined based on who agrees with them. It’s a shame that more Democrats could not follow the President’s lead on this one. It would have been the right thing to do.

Correction: A previous version of this story incorrectly spelled Barack Obama’s name. It has since been fixed.