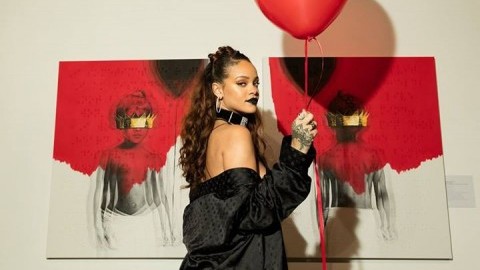 Following months of speculation and impatience, Rihanna graced us with her eighth studio album, “Anti” last month. Like many, I was thrilled, but not surprised. Two things were obvious about the release: It was terribly botched – the album was accidentally uploaded to music streaming website Tidal, removed, leaked, reinstated with the intention of being a Tidal exclusive and then offered as a free download – and her decision to drop the record as a surprise is perhaps the least surprising thing about the record. For better or for worse, the surprise-release trend is here to stay.

The likely source and paradigm of surprise-releasing in the past five years is undoubtedly Beyoncé’s 2013 self-titled masterpiece. Up until the album’s appearance, Beyoncé essentially trolled her fans, failing to debut new material at her first Super Bowl performance, previewing but never releasing sure-fire hits like “Grown Woman” and going on a full tour without a new project to promote.

This apparent betrayal was immediately forgotten in December 2013 when “Beyoncé” appeared on iTunes without warning. The strategy of its unadorned release was accentuated by the record’s minimalistic title and cover art and seemed like a statement about the power of Beyoncé’s reputation – a simple “I have arrived.” Perhaps it was a risk, but the concept was fresh and bold and the album not only became the fastest-selling release in iTunes history, it also set the stage for release schemas to come. “Changed the game with that digital drop,” Beyoncé declared a year later on Nicki Minaj’s “Feeling Myself.” She wasn’t joking.

Since then, we’ve seen many iterations of the surprise release trend with varying degrees of success. Strategies have been as innovative as Radiohead front man Thom Yorke using BitTorrent to distribute solo record “Tomorrow’s Modern Boxes,” and as disastrous as U2 forcing the lackluster “Songs of Innocence” in 2014.

Although “Beyoncé” proved that a well-executed surprise release can be flawless, the concept has also seen a level of devaluing as more artists jump onboard. Just as “Beyoncé” saw its titular singer fully claim her sexuality and try bolder songwriting styles, the surprise record also became the place for major artists to make their musical “statement,” a golden opportunity to divert from the mainstream. This idea is especially apparent in “Anti,” which seems to be the first Rihanna record without a guaranteed hit. As scatterbrained surprise-drops from Miley Cyrus and Tyga showed us, there’s a fine line between “non-mainstream” and “good.” The surprise-release is perhaps still associated with some bolder artistic intent, which not every unannounced record has had.

The politics of what happens before a surprise-release, if anything, is another source of fan frustration. In order to maintain secrecy, any advance material from a surprise album likely contains little or no information about the album itself. The resulting problem for fans is that it can become a guessing game of how long it will take for the full project to come out and in cases like Jeremih and Kanye West, that could be a really long time. If the wait is too long, singles meant to generate hype may fall into obscurity and even be excluded from the final product (the ultimate fate of Rihanna’s 2015 singles, as well as what I fear will become of Missy Elliott’s “WTF”). Long waiting periods may also lead to speculation that the artist lacks a plan, further demeaning their artistic integrity when reviews are published.

The music industry still has the potential to forge a unique path with the surprise-release, mainly thanks to its medium. The idea of a major film director trying to send an upcoming movie to theatres without warning is laughable, at best. Music, however – which requires significantly less money, people and effort from fans to enjoy – has the unique ability to bypass this predicament and with growing accusations that the format of the album is becoming obsolete.

Perhaps the idea of a formal rollout timeline is outdated as well. Best of all, the strategy appeals to millennial desires for instant gratification and lax time horizons – a sort of “it’ll be out when it’s out” mentality. Maybe that’s what we need the most.

Will Doolittle can be reached at [email protected]