Suspect in custody in connection with armed assault incident 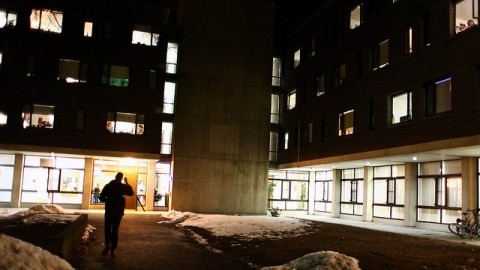 A suspect is in police custody Friday afternoon in connection with an armed assault at the University of Massachusetts.

According to the release, McKeown surrendered himself over to authorities at 12:45 p.m. Friday afternoon.

UMass Police issued a search warrant for the arrest of a suspect Friday morning, one day after it reported a hostile and armed man brandished a gun in the Pierpont Hall dormitory in the Southwest Residential Area. According to the release, UMPD contacted Framingham Police Thursday night at 7:30 p.m. with information regarding two suspects and a wanted vehicle, and FPD subsequently searched two residences in Framingham.

Framingham authorities did not initially find the suspects, but did locate the vehicle at one of the locations and impounded it at the request of UMPD, according to the release.

UMPD Chief Tyrone Parham said in a media briefing Friday morning that the department is continuing to investigate the possibility there is a second suspect. The police also said they believe the victim, who suffered a minor laceration to the forehead and was treated at Cooley Dickinson Hospital Thursday night, to be familiar with the suspects.

Parham said that the video surveillance the police obtained from Pierpont “clearly shows” the suspects being let into the dormitory by a student that they knew.

“We take this seriously – the safety of the community,” Parham said. He added that extra police will be on duty today and throughout the weekend, especially in Southwest, to reassure residents.

The victim has been released and is working with the police to provide details about what occurred.

Thursday night, UMPD released a crime alert notifying students that there was a hostile and armed man in Pierpont and that a gun was seen but not fired. The University issued a shelter-in-place command for over an hour after establishing a perimeter around Pierpont at 5:47 p.m.

UMPD searched Pierpont floor by floor but did not find the suspects. Based off of information from witnesses at the scene, police determined that the suspects fled campus in a vehicle soon after the assault.

The stay in place order was lifted at 7 p.m. and the campus community resumed normal activity.

In a press conference later that night, Parham emphasized that the assault was not random and UMPD believed the victim was targeted.

The Daily Collegian will provide updates as they become available.

Mark Chiarelli contributed to this report. Marie MacCune can be reached at [email protected] and followed on Twitter @MarieMacCune.