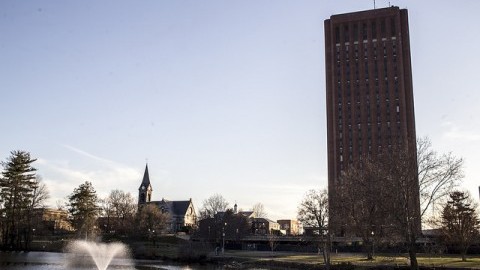 The University of Massachusetts is investigating potential employee misconduct within a division of its Physical Plant following allegations that employees misreported time and misused campus resources, per a University release.

Five employees have been placed on paid administrative leave and another resigned as UMass investigates the misuse of $50,000 in resources. No specific decisions have been made regarding the investigation, according to the release.

“Significant allegations were brought to our attention, and we moved quickly to investigate and take action,” Andrew Mangels, vice chancellor of administration and finance, said via the release. “UMass is the steward of public dollars and we take that responsibility very seriously.”

The Physical Plant’s annual budget is $42 million and employs approximately 600 people, per the release. University spokesperson Ed Blaguszewski told the Daily Collegian that the plant’s budget is state appropriated, meaning its funded by taxpayer dollars.

Blaguszewski declined to comment as to whether additional employees or units beyond what is named in the release could be subject to further investigation.

According to the release, UMass is taking four specific measures to ensure accountability within the Physical Plant. The University says it will pursue the “pre-approval of overtime in advance by an assistant director of Physical Plant, a higher level of management approval,” and it will also “increase tracking and accountability of time and attendance through time card system upgrades and improved management review and approval of time submissions.”

Additionally, the release says UMass has improved “accountability and management of materials at on-campus supply locations through just-in-time delivery” and will provide “more stringent oversight to prevent the use of employee labor for non-university projects.”