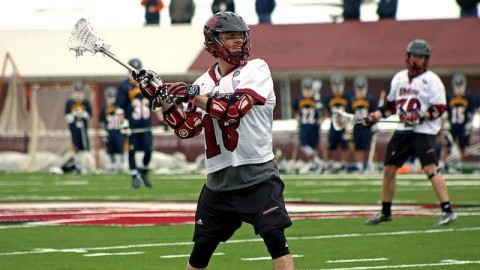 After a slow 0-5 start to the 2015 season, the Massachusetts men’s lacrosse team came back around and scraped its way into the Colonial Athletic Association championship game, before falling to Towson 9-8 at Rafferty Stadium in Fairfield, Connecticut.

Now, UMass is days away from starting a 2016 season that holds many questions yet to be answered.

With Mariano gone, the likes of Brendan Hegarty, Gianni Bianchin, Dan Muller and Peter Lindley will be relied on to make up that lost production. But UMass coach Greg Cannella, who is beginning his 22nd year as head coach, does not believe it will come down to just one person.

UMass finished second in the CAA in goals (146) last season, while ranking first in goals per game (9.73). With that said, having an offense that does not rely on one player is something the Minutemen should embrace, according to Cannella.

“I think every team, the way we want to play has always been that way,” Cannella said. “We are fortunate to have some really good players, some All-Americans, who played as part of something, not always on their own.”

One of the leaders on that offense is going to be Hegarty, who finished his sophomore year last season with 22 goals, which tied Mariano for the most on UMass.

“This year everyone is working around in the offense and we’re looking to get everybody touches and I think as more of a unit we’re going to have success,” Hegarty said.

The Achilles heel of 2015 Minutemen was the defense, however, which allowed an average of 10.73 goals per game and a total of 161 goals, which both ranked last in the CAA.

The Minutemen often found themselves playing catch up and were outscored in the first half of games by an 84-61 margin.

Senior midfielder Kurt Hunziker said he expects a veteran presence to make a major difference on the defense this season.

“We have our senior captains down there, so that’s huge for us. Kyle (Karaska), Bob (Fahey) and Kevin (Porzelt) have a ton of experience. All three of them are lock-down defenders,” Hunziker said.

But with Oliveri no longer with the team, the Minutemen are left to find a new goalie after he had started for the past three seasons.

D.J. Smith has the most experience of the three who are competing for the spot, playing in four games last season backing up Oliveri. The other two in contention are sophomore Dan Dolan and freshman Sean Sconone, according to Cannella.

Cannella said his decision on the starter will come later this week.

“All three have played well throughout the year here and it is a pretty tight race,” Cannella said.

His decision will come just before UMass travels to West Point to take on Army and officially kick off its 2016 season.

The first few games of the season are going to loom larger than normal after last year’s disappointing start, as the Minutemen are all too aware of the position a bad start to the season can put them in.

“Well there was a lot of things there, we weren’t initially great on offense, or defense, or in the goal and facing off, we didn’t do any thing well,” Cannella said. “We hope we can defend better and faceoff better and make some more saves. This game always is about finishing the ball and trying to get into double digits.”

Given the strength of this year’s schedule, a good start to the season is even more imperative.

UMass is scheduled to play five teams that were in the NCAA tournament last season – No. 11 Ohio State, Brown, Albany, North Carolina and conference rival Towson.

“We bring guys in and we tell them that we are going to try to play at the best and highest level of Division I lacrosse and we try to make our opponents be that way. We try to schedule the best we can,” Cannella said.

After falling 12-7 to the Black Knights in last year’s opener, the Minutemen will travel to Army and try to return the favor Friday.

“The first game of the season, we’re just looking to come out and be ready, play fast, start (and) strong,” Hegarty said. “Last year we had a bit of a rough start so we can really emphasize coming out strong this year.”

Last year’s loss, which led to a five-game losing streak to start the season, speaks volumes about how important the first game of the season can be.

Army finished last season at 10-7 and is ranked fourth in the Patriot League’s preseason poll. Cole Johnson, who led the Black Knights in goals last season with 36, will most likely give UMass’s unpredictable defense the most trouble.

“Definitely guys get up for the first game of the season. It is definitely important to start out on the right note,” Hegarty said.

Cannella kept his game plan for Army short and simple.

“The game plan is to go there and try and do our best, they kicked the snot out of us last year,” he said.