Dear men: Women do not and should not dress for you 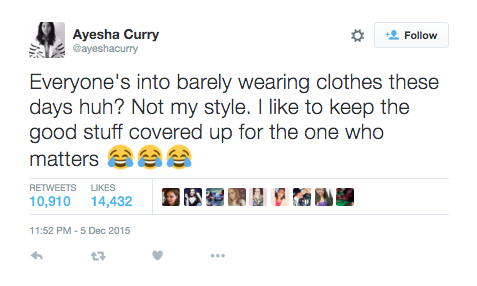 From a young age, girls are taught to wear skirts and shorts at fingertip length. Girls are told to not to show off their shoulders with tank tops, and more recently, to not wear low-cut tops or yoga pants. Why? Because these will distract boys. Girls are taught at a young age to cover themselves because their bodies are deemed as inappropriate.

Women are perceived as extensions of men. This is not to say that all men believe this, but this is something that has been instilled through the culture and media. This is especially seen in terms of women’s fashion. For example, when a female celebrity becomes single, one may see a picture of her wearing a fashionable outfit, with a headline such as “Selena shows Justin what he’s missing.” As if a female cannot dress well for herself. She can only dress for a man. One may argue that women do dress to impress men, and that could be true, but I as a woman dress the way I dress because I feel confident and comfortable in those clothes.

Expanding on that, the traditional belief is that a woman can only show herself off for her husband. Now in the United States, this belief is not law, but it is contested often. One example is the recent tweet by Ayesha Curry, wife of basketball player Steph Curry. The tweet from December caused an uproar on Twitter. “I like to keep the good stuff covered up for the one who matters,” Curry wrote, followed by the laughing emojis. The tweet insinuated that women should only show their bodies off to their husbands, claiming that it was not classy to show off one’s body.

To that, I respond that there are many instances where one’s body can be shown off in a classy way, such as the new open-backed Sherri Hill two piece prom dresses. By saying that a woman can only show her body off to her husband perpetuates the belief that women are only for men’s consumption. I for one do not hide my body just for someone else’s benefit. It is my body. I can do what I want with it.

Women are often criticized for their makeup or the length of their skirts. Women who wear lots of makeup and wear less clothing are seen as trying to get male attention. Most of the time, a woman dresses this way because she is confident in herself.

As I am very interested in fashion, I notice fashion trends. Not only are women subjected to criticism for how they dress, but women have also been made to dress “modestly” for years if they want to be taken seriously. Nothing too tight, no heels that are too high or too flashy. They cannot show off certain parts of their body. We as women are made to cover up our bodies and not show off our curves or chests. One could argue that, when dressing professionally, women should not show off their bodies as they want to be taken seriously. I would like to unpack that. The way I see it, the professional wear that is imposed on women disallows them from being feminine. Professionals can only be seen as unfeminine.

The impact of all of this is the sense of entitlement that men think they have over women’s bodies. Women are told over and over again that their bodies must be controlled and covered for men. One of the many questions people think after a women is raped is “what were they wearing?” This speaks to the pervading rape culture in the United States. Of course, that is a completely different issue, but we are not something to be consumed or controlled. We are unfairly punished for our femininity.

Something as simple as dress can make a huge impact, not only on a woman’s life, but also on her reputation. This is a huge issue that exists in the United States. A woman should be able to dress how she wants, and not have to worry about what men think, because a woman does not dress for men; she dresses for herself.