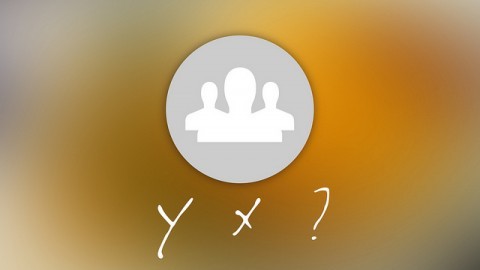 “Millennials”  are lazy, entitled, narcissistic youth who feel as though the world owes them everything. They’re hell-bent on enforcing political correctness everywhere.  That’s us, right?

We hear the word so often today that it is easy to forget what the term is describing and instead understand it to refer to “young people” in general. But who is a Millennial? I’ve pondered this question for a while, but only recently did I research it, and the results I found surprised me. I am 20 years old, born in 1996. I had assumed I am a Millennial, simply because that is what I have been called by those in generations older than me.

Depending on where you look, I could be at the youngest end of the Millennial generation, but many sources say that the Millennial generation, also known as Generation Y, ends with those born in 1994. The years 1995 and 1996 mark the start of a new generation, Generation Z. As unexpected as this discovery was for me, what really shocked me was the range experts assign generations. Pew Research defines Millennials as those born between 1981 and 1997. That is a 16-year spread. What does a 19-year old today share in common with a 35-year old?

We’ve all heard the characteristics associated with Millennials – tech-savvy urban-dwellers who pioneered social media and ushered in a new era in Silicon Valley. Mark Zuckerberg is perhaps the face of Millennials. But when Zuckerberg was writing the code for Facebook in 2004, I was playing with Legos. Are we really part of the same generation? I’m sure college students have much in common with those 10 or even 15 years older than us. A majority of us are tech-savvy, but that one characteristic alone does not bind us all together by default. Looking beyond technology, there are important cultural differences between 20-year-olds and 35-year-olds.

On the other hand, if I belong to a new generation, Generation Z, where does that range end? Assuming it’s another 16-year range starting with 1995 births, this new generation I belong to includes those born in the year 2011. What do 20 and 21 year olds have in common with a five year old? The possibilities of what kind of world a five year old will grow up in are endless and unpredictable.

It’s also important to note the apparent ethnocentric nature of many of these studies. When researchers talk about Millennials, they’re talking almost exclusively about those in Western society. Looking at people living in parts of China, Africa and the Middle East would surely present a different perspective of the attitudes, behaviors, and values of those our age.

I’m not trying to delegitimize the particular field of social science that deals with this issue, as I’m sure there’s much valuable information to be learned. However, there are repercussions from this research that often go unnoticed and questions that go unanswered. When the media spreads this information, it affects audiences. What about someone who feels like they don’t belong to their generation? Where does this person fit in? Is someone a Millennial simply because they were born at the right time, even though they don’t own a smartphone, or are selfless and self-motivated? Are there benefits of this research and does it actually help people?

Maybe there’s another way to study this. What if we stopped assigning attributes to a diverse group of people based solely on age, seemingly arbitrarily cut off from one another by birth year? This practice only reinforces stereotypes that generations assign one another, and therefore hinder opportunities for those of varying ages to work together. What if, instead of looking at people as belonging to a specific generation with clearly defined beginning and end years, we acknowledged that time and change are continuous and gradual? Surely, someone born in 1995 feels more connected to someone born in 1994 or 1996, as opposed to someone born in either 1981 or 2011, regardless of the generation to which he or she is assigned.

If we stop defining others by their age or the time they were born, we will emerge more unified, as people better equipped to solve problems that face all of us.