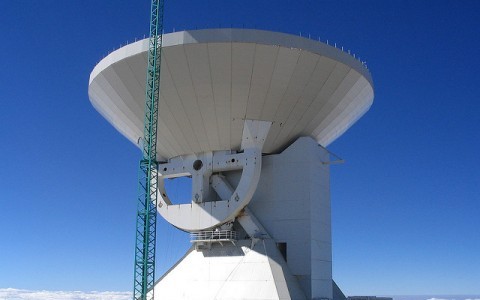 Astronomers at the University of Massachusetts have discovered “outrageously” luminous galaxies so bright that previously-used descriptors such as “hyper-luminous” and “extremely luminous” are an inadequate description of them, according to a UMass press release.

Kevin Harrington, lead author of the study and a senior astronomy and neuroscience double major, who works in the lab of astronomy professor Min Yun, said that the existence of these luminous galaxies means that theorists in astrophysics need to rethink how matter accumulates in the early universe. Such luminous, massive objects weren’t believed to be possible prior to this discovery, Harrington said.

“(The luminosity) gives you an indication of how efficiently the galaxy is turning gas into stars. It’s largely unknown how galaxies in the early universe formed so many stars in such a short amount of time,” Harrington said.

The Milky Way creates a new star or two every year, while these galaxies create a new star every hour, he said.

These discoveries were made primarily using the Large Millimeter Telescope (LMT) located on the extinct volcano Sierra Negra in the central state of Puebla, Mexico and is jointly operated by UMass and the Instituto Nacional de Astrofísica, Óptica y Electrónica. Harrington traveled to the telescope twice to perform his research with the William Bannick Student Travel Grant, according to the release.

The unusual luminosities of the newly-discovered galaxies may be due in part to gravitational lensing, a phenomenon where a large cosmic mass acts as a lens that focuses and magnifies the light, instead of acting as a wall that blocks light, he said.

This is a consequence of Einstein’s theory of relativity, Harrington said. Only a proportion of the discovered luminous galaxies are expected to be a result of lensing and are actually as luminous as they appear.

Even lensed galaxies are an important find, however, as the phenomenon requires the precise alignment of a cosmic mass in between Earth and the luminous galaxy, making them exceedingly rare. Only about 500 of these galaxies have been discovered, he said.

“I’ve realized that science is really not a solo effort, it’s really collaborative and it’s important to ask questions … and do your share of work. I’ve grown so much from my own challenges and at the end of the day, it’s been unbelievably rewarding for me…it’s also been an opportunity to stay humble, and that’s one of the most important things for me,” Harrington said.

Tristan Tay can be reached at [email protected]