UMass one step closer to receiving $10.9 in additional funding 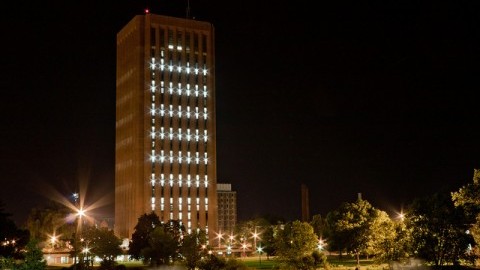 The University of Massachusetts system has the possibility to receive an additional $10.9 million in funding before the fiscal year 2016 concludes on June 30.

The state Senate and House of Representatives both included the funds in their versions of a supplemental budget released last week. The chambers produced disparate versions of the budget, the House proposed $157.8 million while the Senate proposed $167.6 million, and are meeting Thursday to draft a consensus version that will be placed in front of Governor Charlie Baker to be signed into law, barring he makes no alterations.

The $10.9 million figure was requested by UMass President Martin Meehan leading up to the drafting of a separate supplementary budget in October 2015 to cover the costs of retroactive wages paid to unions throughout the UMass system.

When President Meehan came into office, UMass was at a stalemate with over 5,000 union workers regarding unpaid wages that employees had been contractually promised but did not receive due to budget shortfalls.

Meehan, stating an intent to start his term with a “clean slate,” approved the funds for the owed wages when he came into office. Meehan made the decision with the expectation that the state legislature would refund UMass during the next round of budgeting, according to UMass Spokesperson Robert Connolly.

However, when the legislature met in October, the state Senate Ways and Means Committee removed the additional funding which was not reestablished by Baker when he signed the final version of the budget.

State Senate President Stanley Rosenberg, who represents the Hampshire-Franklin district, penned an open letter encouraging UMass to revisit lowering student fees and drew some criticism for his influence over the decision to rescind the additional funds. Rosenberg explained that UMass received an additional four percent in funding at the onset of FY2016, totaling $531 million, and believed that UMass should explore avenues to reduce a “rather steep” increase in student fees, approximately $900, before any additional funding would be allocated.

Rosenberg said in an interview that Meehan and the board of Trustees said the increase wasn’t sufficient to cover the back paid wages and the growing costs of maintaining the UMass system. He said that when it comes to funding, it is “all about the students” and mitigating further financial burden.

Meehan, announced after the funding was excluded that the UMass system would have to cut $11 million dollars in response, $5 million alone at the Amherst campus. Connolly said that in the period between the two supplemental budgets, UMass has had to do belt tightening across campuses.

However, Meehan and Rosenberg have reached an agreement. UMass will receive the $10.9 million in exchange for a pledge from Meehan to make $7 million dollars for student scholarships available for the next academic year. Connolly said if the figure survives Governor Baker’s finalized bill, the $10.9 million would help UMass absorb some costs incurred when the initial funding was removed from October’s budget.

Connolly said that Rosenberg, as a representative of Amherst and UMass, raised some legitimate concerns about affordability in relation to the budget negotiations. He followed that affordability is always a concern to the president but following three years of tuition freezes, the Trustees felt another year was unsustainable, explaining this past year’s rise in fees.

Looking forward, Connolly said it’s still unclear whether another increase will come this upcoming semester but mentioned that the UMass system has significant capital costs to attend to, such as widespread construction and long deferred structural maintenance. He referenced that the UMass system receives less than other public state systems and that the rising enrollment also brings additional financial burden.

Ultimately, Connolly said that the latest agreement showed a change of heart and was a victory for all of Massachusetts.

Rosenberg said that higher education is under serious pressure at the moment, especially public institutions that rely on public funding. He said that the legislature hasn’t been as generous as they need to be but that the University also has a responsibility to examine every day how they can spend their money more efficiently.