A light on somewhere: Reflections on college 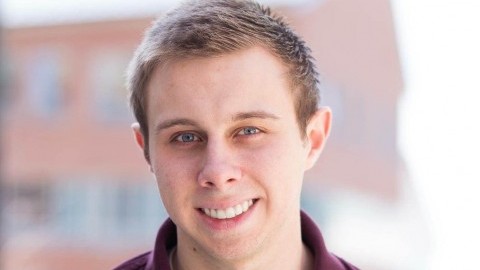 I could write a book on all of the things I learned in college, about both myself and the world. Unfortunately, I don’t have the time and the Collegian doesn’t have the space, but here are the four most important lessons that I learned in my three years at UMass.

I did my fair share of partying as an undergraduate, even though I was never one of those people who could get hammered three nights a week. I love singing along to Bon Jovi in a packed bar. I’ve had some of the best moments of my life playing pong beside my buddies in a random house, and drinking pitcher after pitcher with friends at McMurphy’s, laughing the night away.

Partying is fun. But I’ve realized that, at the end of the day, it won’t change your life. Everything we look for in drinking – the laughter, the confidence, the romance and the sense of belonging – can be found elsewhere in higher quality. There is just as much community on the 18th floor of the library during finals week as students silently struggle together as there is on the dance floor of Monkey Bar. You don’t need to be drunk to act stupid around real friends. You won’t find the love of your life in the back of a bar, and you won’t find yourself at the bottom of a bottle.

Throughout college, I scooped popcorn and ice cream, edited for the Collegian, vacuumed the Fine Arts Center and washed dishes at Berk. In the Collegian offices, I worked with journalists whose commitment to public service was unmatched, dedicated people who would spend all night in the office just to make sure an important story was printed in tomorrow’s paper. In the Berk dish room, I watched everyone – from students to middle-aged moms to my bow-tie wearing boss – strive every day to make an honest living. I’ve come to understand that it doesn’t matter what you do in life – it’s how you do it. The woman cleaning the dorm bathrooms on a Saturday morning is just as respectable as the Ivy League-educated professor, and each has just as much purpose so long as they work hard every day to provide for their families.

This is a cliché I’ve always acknowledged, but never really truly understood until my final two years at college. This truth revealed itself to me slowly: as I entered my first bar with my twin sister by my side, when I heard about my little brother lettering in cross country and track, with every encouraging text, email and call from my parents.

I began to understand that my parents were more than just my current fans – they’d been my No. 1 supporters forever. Had they not put a copy of “Harry Potter” in my hands 15 years ago I probably never would have developed a love for reading and writing. I would not be where I am today had my dad not worked hours and hours of overtime, had my mom not worked full-time in addition to driving me to soccer practice and local libraries and anything else I wanted to try.

Only now, as a 22-year-old man, do I understand that before I could even speak my parents were devoted to me, doing all they could to ensure that I would grow up to live a good life. Even though the future frightens me, I know I will always have a place at the dinner table with my family, and that’s how I know I’ll be okay.

There’s always a light on somewhere

The past couple of months I’ve spent a lot of time thinking about all that I’m going to miss about UMass: the shining library and Southwest towers at night; the humid halls of Bartlett and the cool classrooms of the ILC; long nights in the Collegian offices and longer nights in the Berk dish room, blasting my playlist to stay awake. I’m going to miss cramming into Antonio’s at 1 a.m. for a dollar slice of cheese pizza. I’m going to miss sitting in the library as the sun sets, watching the sky turn orange and the mountains go dark. I’m going to miss having friends a five-minute walk away. Most of all, I’m going to miss the community, being part of something bigger than myself, something that has changed, is changing and will continue to change the world. Even during the nights when I was walking back to my room at 3 a.m., tired and stressed, I could always see lights on in the towers of Southwest, lights that reminded me I wasn’t alone, that we were all in this together, discovering ourselves.

A lot of people have been asking me what I plan to do when I graduate. I always tell them that since my degrees are in English and communications, I’ll probably scoop popcorn for the rest of my life. But I don’t believe that for a second. I’m leaving UMass with two degrees and student loans, but my experience here has left me with something far more impactful than either of those things: it has left me with a sense of empowerment and humility, a hunger to take on the world and a desire to understand it better. Say what you want about the cost of college, but that is priceless.

Steven Gillard was an assistant Opinion & Editorial editor and columnist. He can be reached at [email protected]