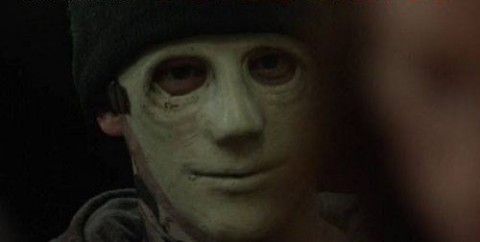 “Hush” shares many characteristics with other home invasion horror movies such as “The Strangers,” “You’re Next” and “The Purge” and falls somewhere in the middle of these other films. It was good but not amazing. While the premise is not original, writer-director Mike Flanagan and co-writer Kate Siegel add a twist that makes for a riveting watch.

“Hush” centers on Maddie (Siegel), a deaf author who spends her days writing novels isolated in her home deep in the woods. Maddie has friendly neighbors who occasionally stop by. We also learn she is involved in a complicated relationship, but other than that no other characters are revealed. That is, until a masked man (John Gallagher Jr.) with unknown intentions terrorizes her at her home.

The movie’s first few minutes do an excellent job of setting up characters and showing the layout of Maddie’s house. The film’s opening shot illustrates just how far away Maddie is from any real civilization – if anything were to happen, Maddie would be in true danger. The bulk of the movie is about Maddie staying ahead of her attacker by any means necessary.

Maddie comes up with inventive ways to communicate and defend herself from the killer that lurks outside her home. She can only sense with her eyes and vibrations, so the movie’s dialogue is minimal. “Hush” embraces the theme of silence and uses it to build tension. Maddie always keeps tabs on the killer by peeking through windows and she always has the upper hand.

The crossbow-wielding killer that wants Maddie dead is a bit of a letdown. His intentions for attacking this woman are never revealed and we are left wondering why he’s trying to kill her. The ambiguity surrounding his character doesn’t create much interest, and the movie’s ending lacks any significant payoff since his background is left unknown. He simply tortures Maddie with his presence and waits until she attempts to leave her home so he can strike.

One of the most frustrating parts of “Hush” – and a poor directing choice – is that the killer wears a creepy mask for only a few minutes of the movie before he takes it off. The movie would have been even scarier if the mask was in play for a longer time.

The movie also lacks compelling music, but that isn’t necessarily a bad thing since silence is used so effectively. That said, even a soft theme to accompany some scenes could have been great.

Another misstep occurs when a friend stops by to check on Maddie while she is being terrorized. The whole interaction between the friend and the killer plays out in cheesy and predictable fashion. The scene could have been scrapped – it seemed it was only added as filler.

“Hush” is still well worth your time. If you have a Netflix account and enjoy horror movies, it’s certainly worth a watch on a rainy night. The campy cat-and-mouse plot has been done before, and “Hush” may not be the best iteration of it, but that didn’t stop me from staying on the edge of my seat for the entire 85 minutes.

Corey Stein can be reached at [email protected]