Letter: How much difference does divestment really make? 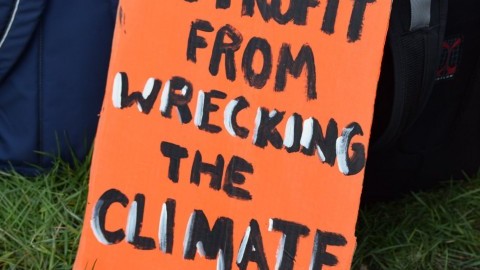 As the Divest UMass campaign nears victory, are they properly confronting coal powered cars? Before I clarify the purpose of that question, let me sincerely state how impressed I am by the commitment of those involved in the demonstrations on campus. The willingness to protest to the point of being arrested shows the passion of these individuals. These actions speak loudly, and undoubtedly have gained an added attention from those with the actual ability to make these changes. I would not be surprised to see the decision to fully divest in the near future.

This victory would hardly be final. The fossil fuel industry contributes enormously to the horrific pollution of our environment and to the unparalleled problem of climate change. Here I think there are some obvious actions that must proceed in due time, to decelerate the impacts of climate change.

Stop the use of diesel powered buses, since diesel pollutes even more than gasoline.

Stop allowing electric cars on campus. These are essentially coal powered cars, since the burning of coal is a major producer of electricity in this country.

Eliminate all air conditioning on campus. Again, significantly powered by the burning of coal.

Reduce the maximum indoor temperature for campus buildings to 55 degrees in winter.  With proper thick layered clothing for students and faculty and staff, this is absolutely doable.

Eliminate all sports programs. To travel to away games, UMass teams and visiting teams contribute greatly to the usage of fossil fuels.

Yes, the above list may be impractical, but it gives a perspective that illuminates the enormity of the fossil fuel situation here at UMass. Throughout this entire season of protests, we should remain mindful that divestment alone will not reduce the amount of fossil fuel usage by even one molecule.

On this practical side of the situation, I suggest that the Divest UMass organization should stop using any products that are manufactured by the use of fossil fuels, which of course is basically all products. The delicious irony of using these products to produce signage for their cause is easy to see. I can imagine there may be substantial cognitive dissonance as well when they use their electric powered laptops and cellphones.

Also, I suggest that Divest UMass members adapt some of the above steps in their personal lives, and use all available means of communication to let the university community know what they are doing to actually reduce their usage of fossil fuels, as examples for all of us to follow. UMass is the biggest polluter in Amherst, and one of the biggest institutions in Massachusetts. Isn’t it hypocritical to benefit from fossil fuels here and at the same time to protest UMass investment in companies that produce them?

This initial victory will be the final result of just one small battle in the larger war against the fossil fuel industry. Confrontation must continue.